Dorian LPG Ltd., owner and manager of modern very large gas carriers (VLGCs), has entered into an agreement with Phoenix Tankers, a 100% subsidiary of Mitsui OSK Lines, to establish a VLGC pool, which is expected to commence operations on January 1st, 2015, the company said in a release.

The pool will run from Singapore and London. (Phoenix Tankers currently manages a fleet of eleven VLGCs under a commercial pool agreement. Dorian LPG currently operates four VLGCs and has 18 newbuilding deliveries scheduled through January 2016).

John Hadjipateras, Chairman, President and Chief Executive Officer, commented, “Dorian LPG welcomes the opportunity to work with Phoenix Tankers, one of the foremost operators in Asia. We expect that our jointly operated pool, comprising the world’s number one ECO VLGC fleet as well as other modern vessels, will be very well positioned to provide efficient service to customers in the Eastern and Western Hemispheres.”

Dorian LPG also reported in its financial results for the period July 1, 2013 (inception) to March 31, 2014 revenues of $29.6 million for the fiscal 2014 year from charter hire and voyage charters of three VLGC vessels and one pressurized 5,000 cbm vessel.

“The growth of the LPG industry represents a significant opportunity for our company, specifically the US export market which has grown rapidly since 2009 and continues to expand at a steady pace. With the delivery of the remaining 18 vessels in our VLGC Newbuilding Program, we will own and operate one of the industry’s largest and most modern high quality VLGC fleets. In addition, our team’s long experience in LPG shipping allows us to capitalize fully on the growth opportunities in this market,” Mr. Hadjipateras said.

Dorian LPG currently has four modern VLGCs and one pressurized LPG vessel on the water, along with 18 ECO VLGC newbuildings due for delivery in 2014, 2015 and 2016 from HHI and Daewoo Shipping and Marine Engineering Ltd., including the 13 that it acquired from Scorpio Tankers. 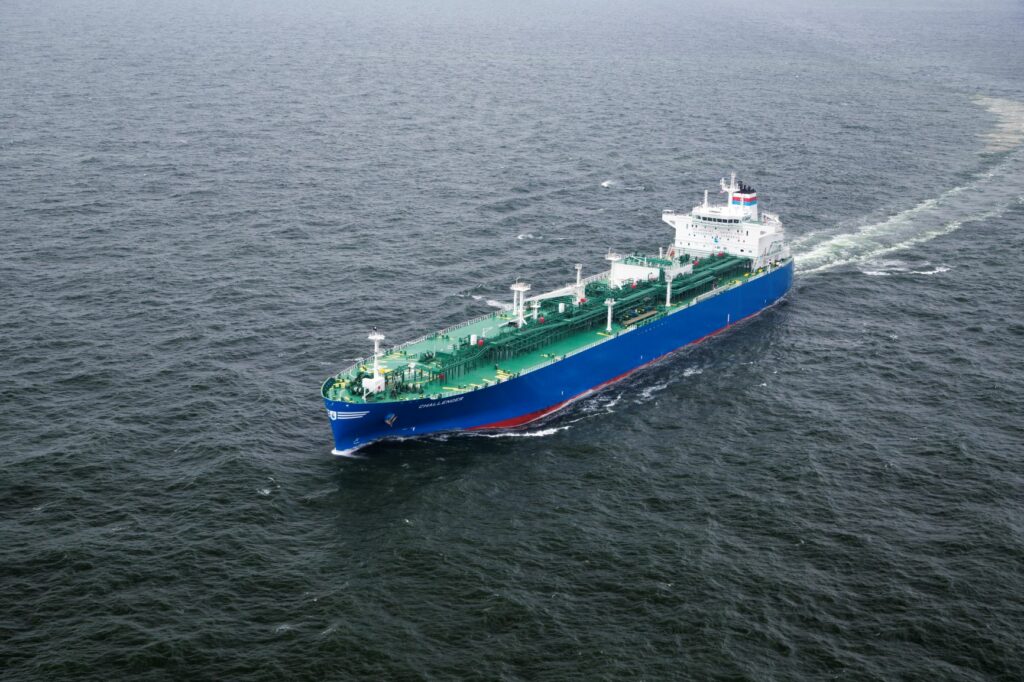