Two NGOs have launched a campaign calling on French oil and gas company TotalEnergies to renounce its offshore oil & gas projects in South Africa and “make a responsible announcement before COP27.”

In South Africa, TotalEnergies is the operator of Block 11B/12B, located in the Outeniqua Basin approximately 175 kilometres off the southern coast. It contains the Brulpadda and Luiperd discoveries made in 2019 and 2020, respectively.

In early September, TotalEnergies filed for production rights on the block and relinquished the northern portion of the block, electing to enter a Gas Market Development Period to confirm the economic viability of the project. The filing was a milestone for the proposed Luiperd early production system.

The organizations claim that TotalEnergies plans to invest around $3 billion to launch operations in South Africa’s waters and develop two major gas fields in areas of “spectacular marine biodiversity and at the expense of wildlife and of small-scale fishers’ livelihoods.”

Therefore, two Goldman Prize winners, Liziwe McDaid of The Green Connection – South Africa and Claire Nouvian of BLOOM – France came together on Monday to launch the #OceanTotalDestruction campaign and call on TotalEnergies to renounce its offshore oil & gas projects in South Africa.

McDaid and Nouvian said that TotalEnergies’ project in South Africa is “a conceptual fraud that tries to portray a switch from coal to gas as a ‘green energy transition’.”

In July 2021, the International Energy Agency stressed that “beyond projects already committed as of 2021, there are no new oil and gas fields approved for development in our pathway.”

Liziwe McDaid, of The Green Connection said: “Exploitation of oil and gas in our oceans is incompatible with South Africa’s climate ambitions. Despite abundant solar and wind resources, our oceans are under threat from oil companies like Total, who seem hellbent on ignoring the climate crisis in their determination to extract their last fossil profits.

“In 2021, Total withdrew their exploration attempt. Why are they back? Given gas shortages in Europe, it seems that it can only be to add to their profits, but coastal fishing communities don’t benefit from oil profits and they bear the brunt of disasters like oil spills.”

The organizations claim that the French major is knowingly developing its exploitation project in an area of strong currents and spectacular biodiversity which serves as a “blue corridor” as well as feeding or nesting grounds for thousands of whales, seals, penguins, petrels, albatrosses, endangered leatherback turtles, and fish populations such as snoek (a member of the mackerel family) or yellowtail fish, which lie at the heart of the small-scale fishers’ economy.

At a press conference held in Paris on Monday, BLOOM, The Green Connection, and South African small-scale fishers were supported by Members of the French National Assembly (François Ruffin) and of the European Parliament (Raphaël Glucksmann – S&D, and Karima Delli – the Greens) and by French activist Camille Etienne. All called on TotalEnergies to leave South Africa’s waters.

Another oil major has faced major opposition over its exploration plans in South Africa. Less than two months ago, a court in South Africa ruled that Shell’s exploration right to conduct seismic surveys on the Wild Coast of South Africa had been granted unlawfully, setting it aside and putting an end to the months-long battle between climate activists and the oil major. 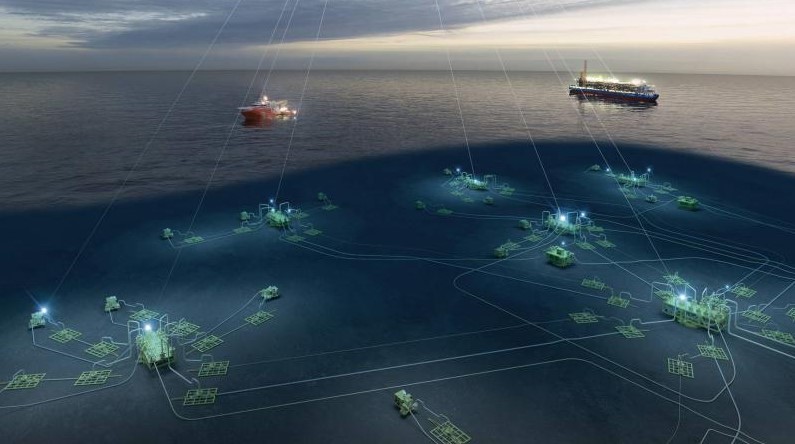