FPSO operator BW Offshore has completed the $1.15 billion project debt financing for the construction and operation of the FPSO for the Santos-operated Barossa gas field.

BW Offshore said on Tuesday that the combined construction and long-term debt facility had been provided by a syndicate of nine international banks. The facility will be gradually drawn over the course of the project period. The financing will become non-recourse once the FPSO has been completed and the pre-completion guarantee has been released.

The Barossa gas field is located 300 kilometres offshore Darwin in Australia. The field will be developed via an FPSO with six subsea production wells, in-field facilities, and a gas export pipeline tied into the Bayu-Undan to Darwin pipeline system that supplies gas to Darwin LNG.

Santos awarded the contract for the construction, connection, and operation of an FPSO for the Barossa field to BW Offshore back in March 2021. The FID for the project was taken days after the contract award to BW.

The unit will be a large FPSO with a processing capacity of up to 800 million standard cubic feet per day (MMSCFD) of gas and a design capacity of 11,000 barrels per day of stabilised condensate.

BW Offshore has already awarded a contract to Dyna-Mac to build the topside modules for the Barossa FPSO. According to BW’s update from August, the first steel cutting for the FPSO hull is on track for this month.

BW Offshore will be responsible for the engineering, procurement, construction, installation, and operation of the FPSO. The FPSO will be turret moored with a newbuild hull based on BW Offshore’s RapidFramework design. Initial gas production from the FPSO is expected during the first half of 2025. 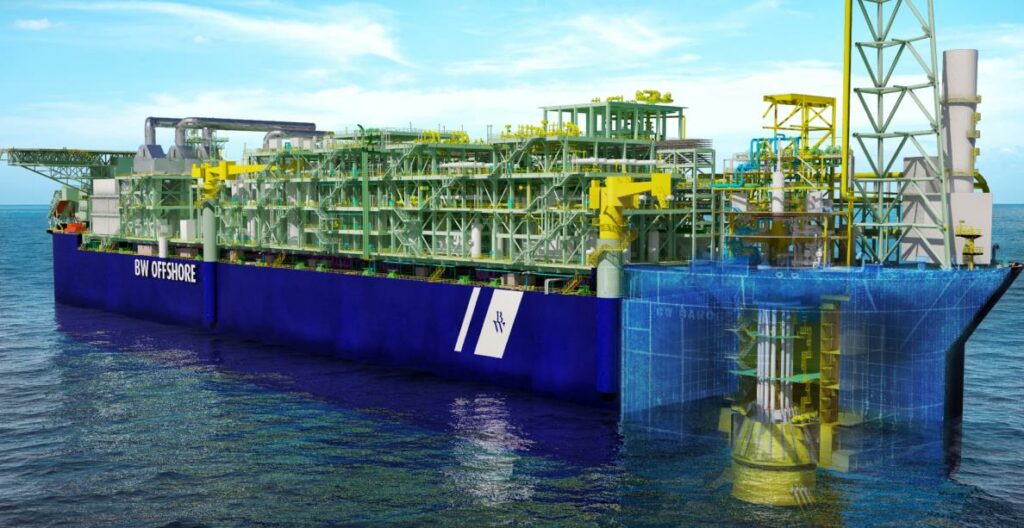