No Delay to 2020 Sulfur Cap’s Entrance into Force

The reassurance was made to put an end to the overall confusion plaguing the industry amid rumored delays in the implementation and lack of preparedness of industry players to meet the requirement.

The fierce stance is being pursued by the International Maritime Organization following the criticism over some softening of recent legislation. This is also evident in the delays related to the implementation of the Ballast Water Mangement Convention (BWMC).

According to Hughes, cited by Gibson Shipbrokers, any breach of the legislation could result in the detention of a vessel and determining of a non-compliant ship as “unseaworthy”. This could, in turn, affect the charter party and also indemnity in the event of an insurance claim.

Compliance, enforcement and monitoring will be the responsibility of both the flag and port states.

However, the issue of becoming compliant is heavily reliant on the availability of compliant fuels as a vast volume of HSFO needs to be replaced by 0.5% sulfur fuel, which cannot happen overnight. The other option for obtaining compliance are scrubbers, but the uptake of scrubber technology has been very slow.

“The worry for the industry is what the premium will be over the fuel oil price in 2020. Anyone considering the scrubber option should be taking steps now to plan as competition for yard space could become critical the nearer we get to the deadline (effectively 24 months away). Mass adoption of LNG conversion as an alternative fuel is off the menu for several reasons. However, the only area that there is unanimous agreement is that the changeover is going to be costly for all interested parties,” Gibson concluded. 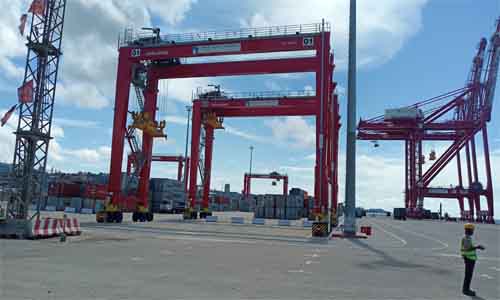