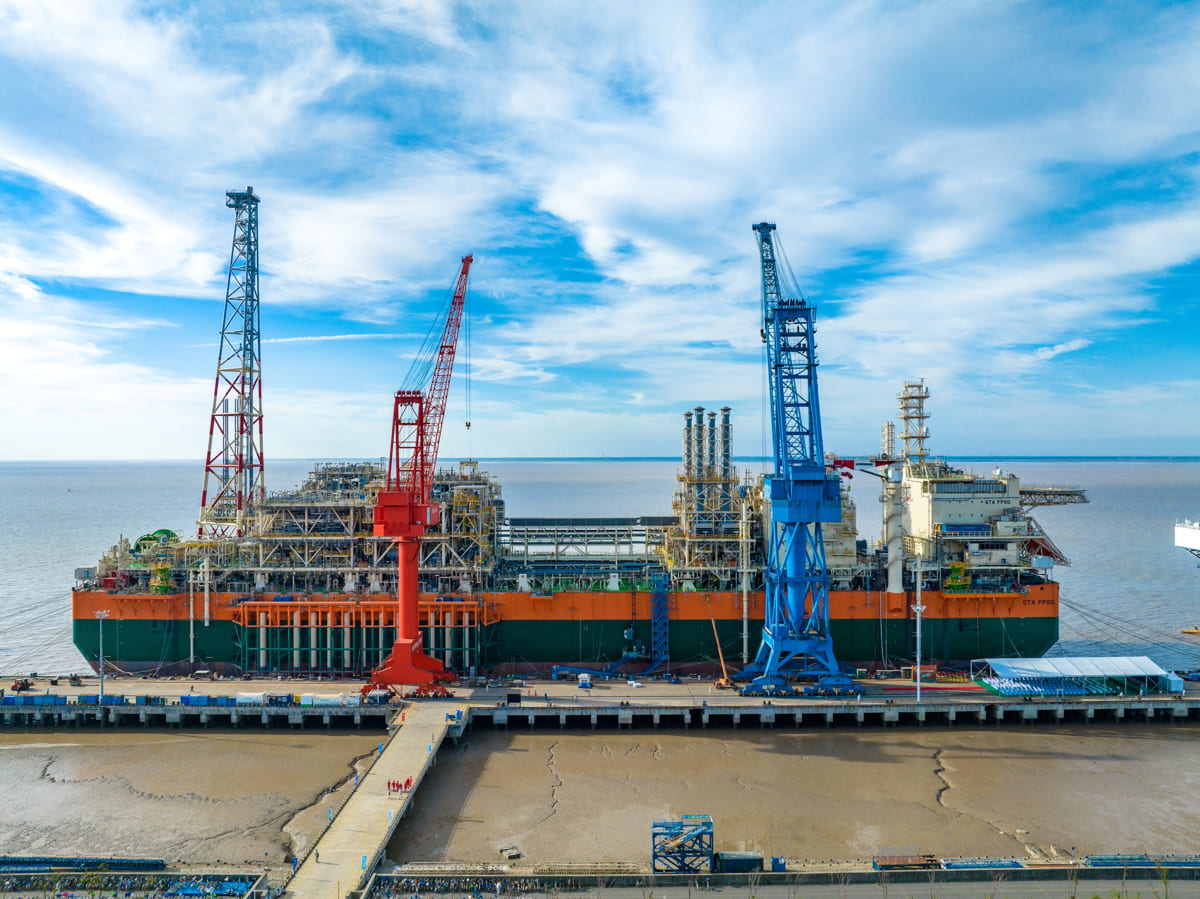 Following a recent impact of a typhoon in China, BP’s new Tortue FPSO, built for the Greater Tortue Ahmeyim (GTA) LNG project in Mauritania and Senegal, has been returned to the quayside of the COSCO shipyard with no significant damage reported so far.

The construction of the floating production, storage and offloading vessel (FPSO) for the BP-operated GTA project started at the COSCO yard in Qidong in May 2019 and the completion ceremony was held in early September 2022.

However, only days after the completion ceremony, the FPSO drifted about 200 meters off the quayside while at a shipyard in Qidong following the impact of Typhoon Muifa.

In an update on Tuesday, BP’s partner Kosmos said it has been informed by BP that the FPSO has been returned to the quayside of the COSCO shipyard in China.

According to Kosmos, inspections conducted to date have not identified any significant damage and the forward plan is to complete all inspections and incorporate the findings into the remaining work scope prior to sailaway. Prior to this incident, the FPSO was expected to sail away from the yard in the fourth quarter of this year.

Kosmos did not say whether this incident will affect the sailaway but it did mention it will give a further project update alongside its third quarter results in early November.

Under the current schedule, the project is expected to achieve the first gas in 3Q 2023 and the first LNG at the end of 2023. 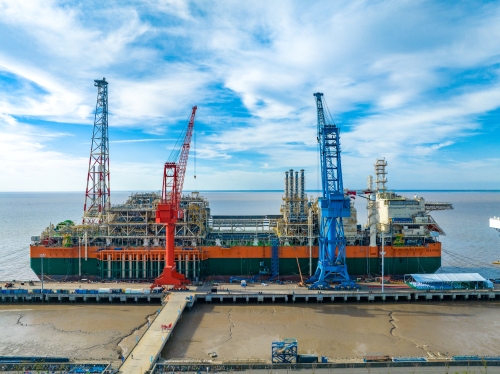