Nordavind to Build Subsea Cable Between Norway and Ireland

With the Desktop Study (DTS) already completed, Celtic Norse is now moving towards securing the anchor tenants and finalizing the finance package to complete survey and final build.

The cable is expected to become operational by third quarter 2021.

“The Celtic Norse sea cable will enable regional Norway to connect its attractive sites and vast renewable power resources to Europe and America with better response times to Eastern Seaboard US than anywhere in the Nordic region,” said Erling Aronsveen development director of Celtic Norse.

In Iceland, Vodafone IS is preparing a sea cable project between Iceland and Ireland. Vodafone and Nordavind have come to an agreement to investigate possible synergies between the two projects with the aim to cooperate towards potential cost sharing. This cooperation could open a new connectivity on the Norway – Iceland – Ireland triangle, the company noted.

“We are very pleased with our agreement with Nordavind. Vodafone Iceland has been developing a project around a new fiber cable between Iceland and Ireland over the past two years. We believe there are significant benefits for a cooperation with Nordavind. Not only is significant section of the subsea lay the same, resulting in potential cost savings but the cable could further strengthen the Iceland-Norway cooperation as a new and joint cable project could provide the first direct fiber connection between Iceland and Norway,” said Thorvardur Sveinsson, COO of Vodafone IS.

“The end game is to secure a leadership position for regional Norway in tech driven industries looking for vast renewable energy sources and top international connectivity. Celtic Norse will attract the big players in tech to new greenfield data center sites, as well as provide critical redundancy to Norway’s connection to the internet,” added Aronsveen.

Celtic Norse is being floated as a limited company, and final stages of financing is to be completed by third quarter 2019. Preliminary DTS was completed by Pelagian of Swindon UK.

The next phase will be a more thorough study of some key elements and a full geological survey of the seabed to be commissioned as soon as possible.

The cable is planned to be ready for service (RFS) in 2021 and will drastically shorten the response times for data communications between Norway and the US.

The Celtic Norse cable will enable direct connection to the transAtlantic AEC-1 cable between Killala Bay, County Mayo in the Republic of Ireland and Shirley, New York in the United States.

The Celtic Norse cable is planned to land at Øysanden, in Melhus municipality in Norway, just south of the city of Trondheim. Onwards terrestrial connections going south to Oslo and mainland Europe, as well as spur cables linking Northern Norway to Celtic Norse is already in place. 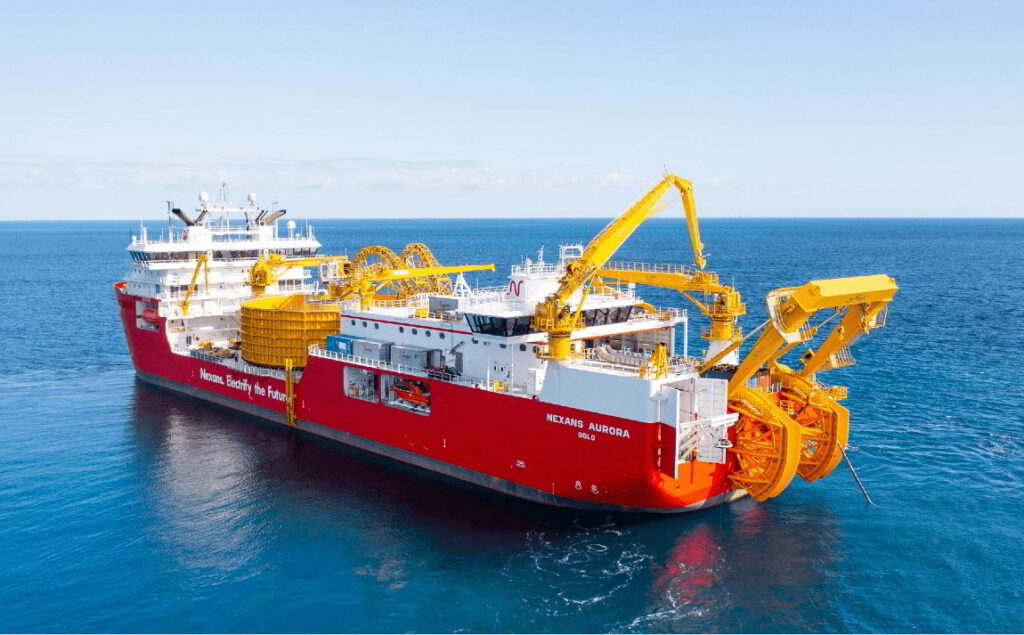