Polish shipbuilder Remontowa Shipbuilding has launched the fourth and last hybrid electric passenger-car ferry in the series being built for Norwegian shipowner Norled.

At the same time, the vessels will be certified to carry more passengers with the maximum being 395 persons.

“Yesterday’s operation to launch the last ferry for the Norled shipowner, using a floating dock from Gdańsk Remontowa Shipyard SA, went as planned. Currently, the vessel is already docked and the same dock is being prepared for the docking of vessel number two in order to conduct its final inspection before heading off to sea trials and handing it over to the shipowner,” said Piotr Alboszta, project manager.

The first ship from the series Festøya, carried out sea trials earlier this month. Shots of the vessel sailing from the shipyard can be viewed in the video below.

Norled has been working on the electrification of its vessels and already has one electric ferry in operation in Oslo since October 2019.

MS Kongen was converted from liquified natural gas (LNG) to electrical operation as part of the city’s move to zero-emission future. 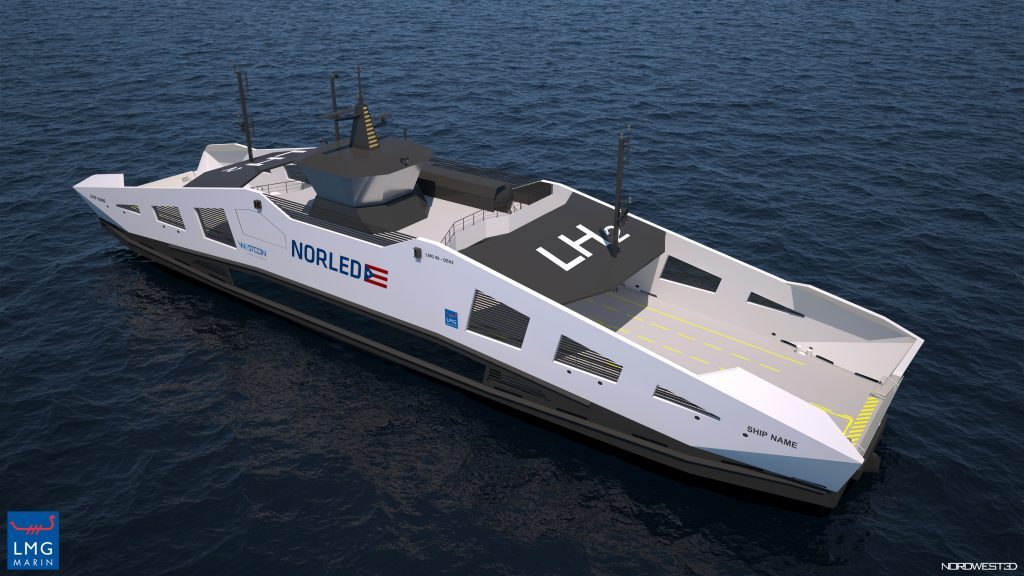