During Q2 2013, the final element of the Restructuring process was completed as FPSO Voyageur Spirit was transferred to Teekay. In addition, the hulls #4 and #5 were sold to Logitel Offshore. The Board reports that with this, the final steps have been taken in transforming Sevan Marine from an asset (‘build-own-operate’) company to an engineering, technology and project development company – based on the unique Sevan design and concept.

Operating revenue from continued operations was USD 6.2 million higher than the previous quarter mainly due to increased activity in the Topside and Process Technology (T&P) segment.

Operating expense from continued operations was USD 3.0 million higher than previous quarter. This was mainly due to the increased activity level in the T&P segment (USD 5.8 million) and a partial write-down of the ONGC receivable (USD 3.8 million). These effects were offset by net gain of USD 5.5 million arising from the sale of the two hulls to Logitel Offshore.

Net financial income from continued operations of USD 22.6 million relates in most part to gain resulting from the de-consolidation of FPSO Voyageur Spirit in May 2013, as the last part of the Restructuring.

As of January 1, 2013, the Group’s segment reporting was divided into two: (i) Floating Production and (ii) Topside and Process Technology.

The assets remaining in the floating production segment post the Restructuring and the sale of hulls #4 and #5 are assets related to the Goliat project, the Western Isles project and several studies and FEEDs. The FPSO Voyageur Spirit was sold May 2, 2013 and thus de-consolidated during Q2 2013.

On June 21, 2013, Sevan Marine announced that the Company has sold the semi-completed hulls #4 and #5 on an ‘as-is, where-is’ basis to Logitel Offshore. The total purchase price for the hulls was USD 41 million, to be rendered as a seller’s credit. Sevan has granted a loan of USD 10 million to be applied by Logitel Offshore towards its first milestone payment regarding hull #4 to the yard, which will complete the hulls as high-end accommodation units (‘FAUs’). The total USD 51 million credit is structured as a bullet loan, with a 3 per cent coupon, repayable within 24 to 36 months. The loan can be converted by Sevan into shares in Logitel Offshore. Upon this sale, Sevan is released from all accrued, contingent and future liabilities related to the hulls.

This business segment consists of the activities of the KANFA group. KANFA is currently working on projects both in and outside of the Sevan Marine Group. Revenue for T&P in Q2 2013 was USD 10.7 million (USD 3.7 million) and EBITDA was positive with USD 0.7 million (negative USD 0.7 million). The increased activity level is positive and is mainly caused by the increased number of packages that the T&P segment has been working on since Q4 2012.

On May 2, 2013, the final element of the Restructuring was completed when FPSO Voyageur Spirit was transferred by Sevan 300 Pte Ltd (subsidiary of Sevan Marine ASA) to Voyageur LLC (affiliate to Teekay Corporation).

Title to the unit and all of the shares in Sevan Production UK Limited were transferred by Sevan 300 Pte Ltd to Voyageur LLC. At the same time, Sevan and relevant subsidiaries were released from all obligation and liabilities under (i) the USD 230 million loan facility pertaining to the unit pursuant to finance documents with the bank syndicate led by ING Bank N.V as agent, and (ii) the bridge loan provided to Sevan by Voyageur LLC for completion of the upgrade of the unit.

FPSO Voyageur Spirit, together with related assets and liabilities, were de-consolidated from the Sevan Group in Q2 2013 and the accounting effects arising from this de-consolidation resulted in a financial income of USD 21.5 million.

Sevan Marine continues to focus on its new business model as an engineering, technology and project development company. Sevan technology is being marketed for FPSOs and FSOs as the core area, as well as licenses for other applications of the technology. In addition, Sevan continues to develop its process and topside technology business segment through the KANFA Group. The many discoveries within oil and gas worldwide, more projects moving into a production phase, as well as expected high and increasing investment levels in the industry, call for a positive market outlook for the Company.

With the sale of Voyageur being realized, the Company is debt free as of Q2 2013. Upon having realized the sale of hulls #4 and #5, Sevan Marine has been released from all accrued, contingent and future liabilities related to those assets.

In essence, these two transactions completed Sevan’s transformation from an asset (‘build-own-operate’) company to an engineering, technology and project management company, allowing Sevan to focus on promoting its technology for future license projects. 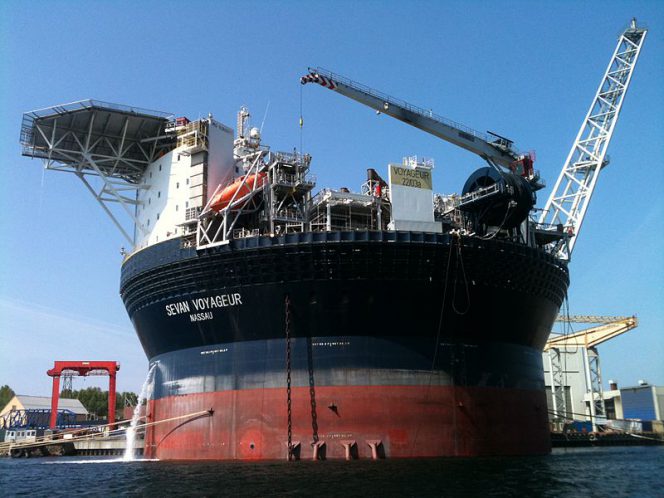