Westwood pointed out on Wednesday that it is well documented that Norway has one of the lowest offshore CO2 emissions intensity (EI) values in the world, predicting that 2022 will be no different, with an EI of 7 kgCO2/boe, which is forecast to continue to decline as more platforms are electrified. The company explained that Troll A was the first platform on the Norwegian Continental Shelf (NCS) to utilise power from shore, back in 1996, and the region has continued with a number of “firsts” ever since.

In line with this, Gjøa was the first floating production platform in the North Sea to be powered from shore while Martin Linge is powered from shore with what at the time was the world’s longest alternating current (AC) cable. In addition, the electrification of Johan Sverdrup has created one of the most carbon-efficient oil and gas field operations in the world, according to Westwood.

Furthermore, the energy market research firm informed that it currently holds six platforms that are fully or partially electrified from shore – Troll, Johan Sverdrup, Martin Linge, Valhall, Goliat and Gjøa –  and when combined, these six hubs account for nearly 40 per cent of Norway’s 2022 production, but only 10 per cent of the region’s CO2 emissions, with an average EI of 1.7 kgCO2/boe.

While it would be easy to assume that Norway’s low EI is a result of these electrified hubs, and while undoubtedly their emissions performance is a factor, Westwood explains that it would be a discredit to the other hubs to oversimplify this assumption. The energy market research provider outlines that the remaining – non-electrified – hubs in Norway still boast an average EI of 10.5 kgCO2/boe, lower than the global average and well below the company’s UKCS forecast of 20.9 kgCO2/boe for 2022.

Westwood elaborates that there are a number of factors that contribute to Norway’s emissions performance and why electrification projects have and will continue to progress in this country.

The top spot goes to Norway’s regulatory framework, including a longstanding ban on routine flaring, and then comes the financial impact of emissions charges, as oil and gas operators must account for both the Norwegian Carbon Tax and the EU ETS with the former historically being higher.

This is followed by the relative maturity of infrastructure and fields. Westwood highlights that the existing hubs operate more efficiently with higher ullage, while the high number of large, long-life fields is key to ensuring the investment required for electrification projects makes economic sense.

This list would not be complete without mentioning power from shore, which provides a secure supply of renewable energy, with 92 per cent of the power generated from hydro in 2020 and 6 per cent from wind. The energy market research firm says that historically this has also come at a lower cost relative to other European countries.

The last spot on this list goes to fewer stakeholders. Since electrification projects can benefit from shared infrastructure, Westwood confirms that Norway has relatively few operators and stakeholders and there is often some commonality in ownership.

Electrification on the rise

Westwood’s outlook shows that electrification is on the upswing, estimating that a further seven hubs will be electrified by 2025. The company says that the Utsira High Phase 2 project is due online by 2023.

Although the initial proposal was to electrify Gina Krog, Ivar Aasen and Edvard Grieg with power from shore an additional power cable from Gina Krog to Sleipner will now be installed, which will also allow partial electrification of the Sleipner hub and indirectly Gudrun, with an existing power cable already being available between the two.

Moreover, the Hywind Tampen floating offshore wind farm will be used to partially electrify the Snorre and Gullfaks platforms by 2023, while Troll B and Draugen are also expected to be electrified by 2025.

In the wake of this, over 50 per cent of Norway’s production in 2025 will come from fully or partially electrified platforms, bringing the country’s EI close to 6 kgCO2/boe. Therefore, under these assumptions, Westwood forecasts the EI to remain low through 2030.

The energy market research firm expects further announcements as the region continues to electrify, with Trollvind being the most recent project to be evaluated. This project aims to construct a 1GW floating offshore wind farm which would not only supply power to the Bergen region but could also support the electrification of Troll and Oseberg through an onshore connection point, with a potential start-up in 2027.

Based on Westwood’s current emissions model, Oseberg is the largest CO2 emitter in the region by 2028, however, partial electrification has the potential to nearly half the platform’s emissions, reducing CO2 emissions by over 300,000 tCO2 and reducing the EI from 16.8 kgCO2/boe to 9.7 kgCO2/boe.

Westwood concludes that Norway will continue to have one of the lowest offshore EI values in the world for many years to come with more electrification projects undoubtedly in the pipeline. 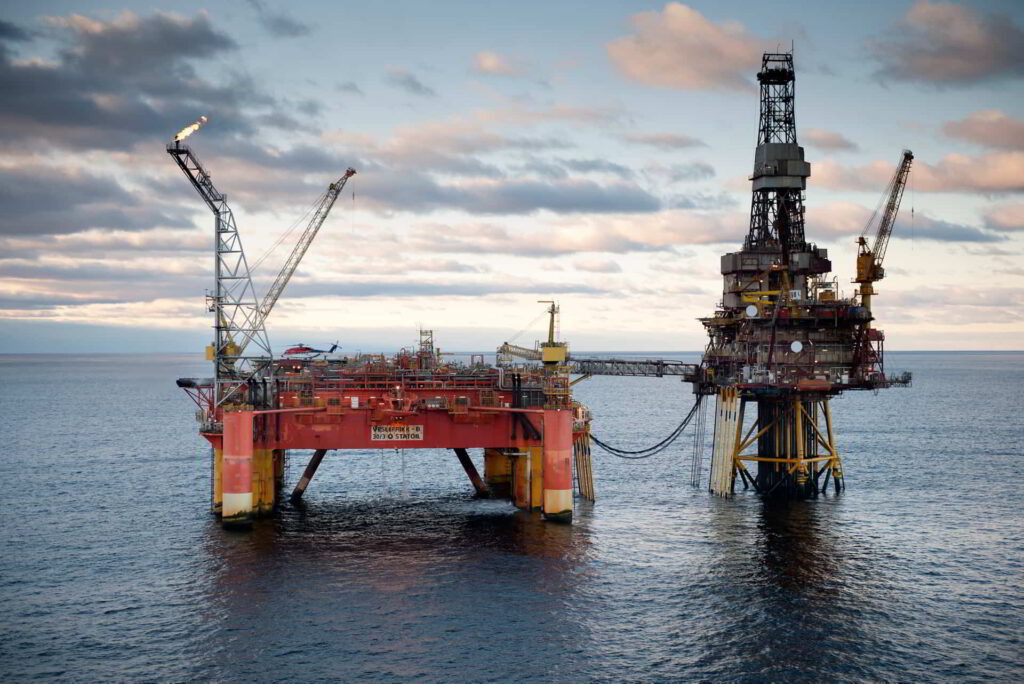