On July 4, NYK conducted a crisis-response drill based on the scenario of a serious accident occurring on an LNG vessel operated by an NYK Group company.

This drill was part of the company’s Remember Naka-no-Se Campaign, which has been conducted over the months of July and August every year since July 1998 to remind NYK Group members of the importance of safe operations and to ensure that lessons remain learned from the oil spill that occurred in July 1997 from VLCC Diamond Grace.

A summary of the drill is provided below.

A blackout had occurred on an LNG vessel while the vessel was sailing within Tokyo Bay, making it impossible for the vessel to continue under its own power. After that, the vessel collided with a domestic product tanker, causing a fire to break out on the tanker and crewmen to go missing. The collision left a hole in the fore starboard side of the LNG vessel, and seawater was flowing into the ballast tank.

1) Based on the assumption that the LNG vessel was involved in a serious accident, NYK established a crisis-management headquarters with the ship-management company in response to an urgent report from the vessel to its management company.

2) To control the fire on the tanker, NYK corresponded with related parties at its crisis management headquarters.

3) NYK handled the accident so that power could be quickly restored to the LNG vessel.

4) NYK sent out press releases as the situation progressed, responded to media inquiries, and held a mock press conference at which NYK senior managing corporate officer Hitoshi Nagasawa and NYK corporate officer Tsutomu Shoji explained the accident to the press. 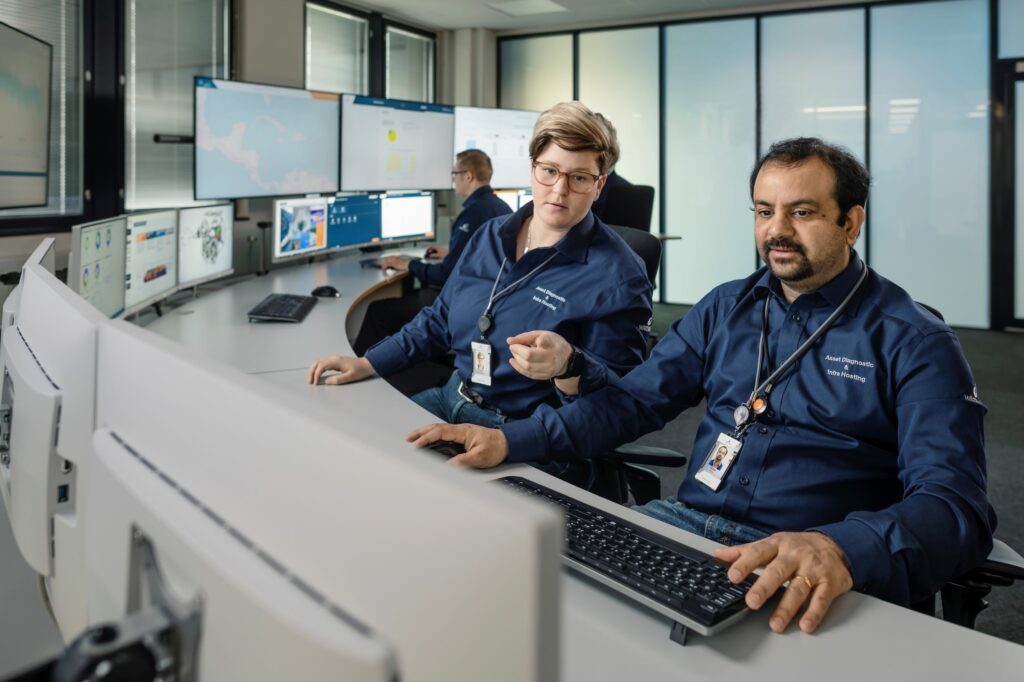