In this joint research, NYK, MTI, ABS, and WinGD aim to create an integrated simulation model of ships by combining the modeling technologies of each company to maximize GHG emission reduction through use of this battery-hybrid system.

Specifically, an integrated model of an entire ship will be created by combining NYK and MTI’s modeling technologies for actual sea performance and WinGD’s modeling technology for engine plants that include batteries and using ABS’ advice on the evaluation of the effect of GHG reduction.

The trio will then jointly design a ship in digital space and together with ABS conduct simulations of navigation using a scenario that assumes meteorological conditions in actual seas.

By considering the issues clarified within the simulation, NYK, MTI and WinGD will further improve the simulation model to optimize ship design.

This joint research has been described as an “epoch-making” initiative in the maritime industry that has the ship users, NYK and MTI, collaborating with the marine equipment manufacturer WinGD and with the advice of the marine classification society ABS develop a digital model of a ship, perform simulations, and build a ship. The ship model will be verified in accordance with a modeling and simulation framework to be developed by ABS.

In the future, NYK and MTI, together with ABS, WinGD, and shipyards, aim to improve the accuracy of the simulation by collating the simulation results, obtained through the joint research, with the performance data of actual ships in actual seas.

NYK and MTI aim to nurture this simulation technology as a core technology in the shipbuilding plans of the NYK Group. The duo will also utilize simulations to optimize the method of operation and control of the battery-hybrid system. This joint research is the first step for such future-aiming initiatives.

As explained, a vessel’s main-engine revolutions may increase significantly when a vessel tries to maintain its sailing speed during strong waves and winds. This phenomenon is called “load fluctuation”.

The shaft generator may also increase the burden on the main engine. It is connected to the ship’s propeller shaft to generate electricity within the ship as the main engine rotates.

The battery-hybrid system is a mechanism that decreases the burden that the shaft generator places on the main engine. This system supplies electricity from the battery when the load on the main engine fluctuates. As a result, the power that the ship can use for its propulsion can be increased, and the operation of the main engine thus becomes more efficient, according to NYK.

For these advantages, this system is being introduced to more oceangoing vessels. In addition, the use of the battery-hybrid system will lead to a reduction of GHG emissions since instead of a generator, which requires oil, it can supply electricity for the operation of onboard equipment during daily operations. 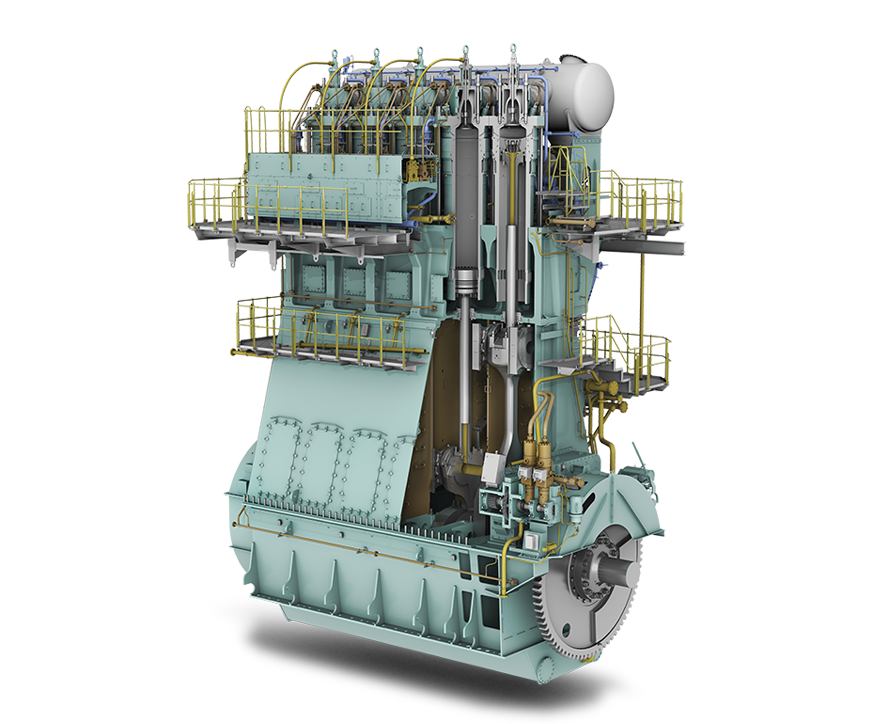