The Okinawa Institute of Science and Technology Graduate University (OIST) has signed a memorandum of understanding (MoU) for a project that will test the prototype technology which harnesses the energy from surf waves along the shoreline to produce power.

The MoU, involving OIST, Kokyo Tatemono Co., and the Ministry of Environment and Energy of the Republic of Maldives, will facilitate the testing of two half-scaled wave energy converter (WC) prototypes, with 0.35-meter diameter turbines.

The prototypes will be installed this April about 50 meters offshore, along the shoreline of the southeastern part of Kandooma Island in the Maldives, according to OIST.

The researchers will monitor the wave energy generation from the power house on the island, as well as remotely from Japan using web cameras.

The initial trial will be followed by two full-scaled prototype models with 0.7-meter diameter turbines, which will be installed in September 2018, OIST said.

Professor Tsumoru Shintake, leader of the Quantum Wave Microscopy Unit at OIST, and his colleagues designed special WEC units which can capture energy from surf waves along the shoreline and convert it into usable electricity, as part of the wave energy project launched in 2013.

The blade design and materials of WEC units were inspired by dolphin fins, while the flexible posts resemble flower stems. However, for simplicity – the prototype blades of the half-scale units to be deployed in the Malidves do not yet feature the flexible design, but are made from high-tension duralumin, OIST noted.

The units are said to have been built to withstand forces from breaking waves, with one of the principal features of the WEC-units being their suitability for deployment at mean sea level to harness the wave energy most effectively, according to OIST.

In the long term, the hope is to eventually spread out the full-scaled production models of wave energy converter units throughout the Maldives. 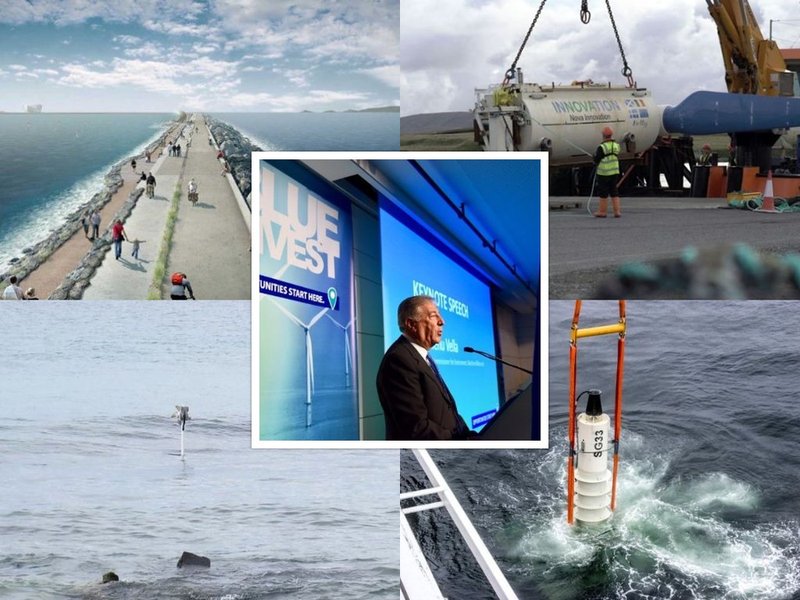