‘Olympus Taurus’ Installs Half of Inter-Array Cables at DanTysk OWF

The Olympus Taurus multipurpose vessel from VSMC has completed the installation of more than half of inter-array cables at DanTysk offshore wind farm.

A cable of a 145 mm diameter will transport the electricity from turbines to the offshore substation.

The 80 turbines are organized in eight strings to decrease power losses in the collector system and to achieve greater reliability.

Until now the cable that Olympus Taurus has laid is enough to connect around 40 turbines to the substation. 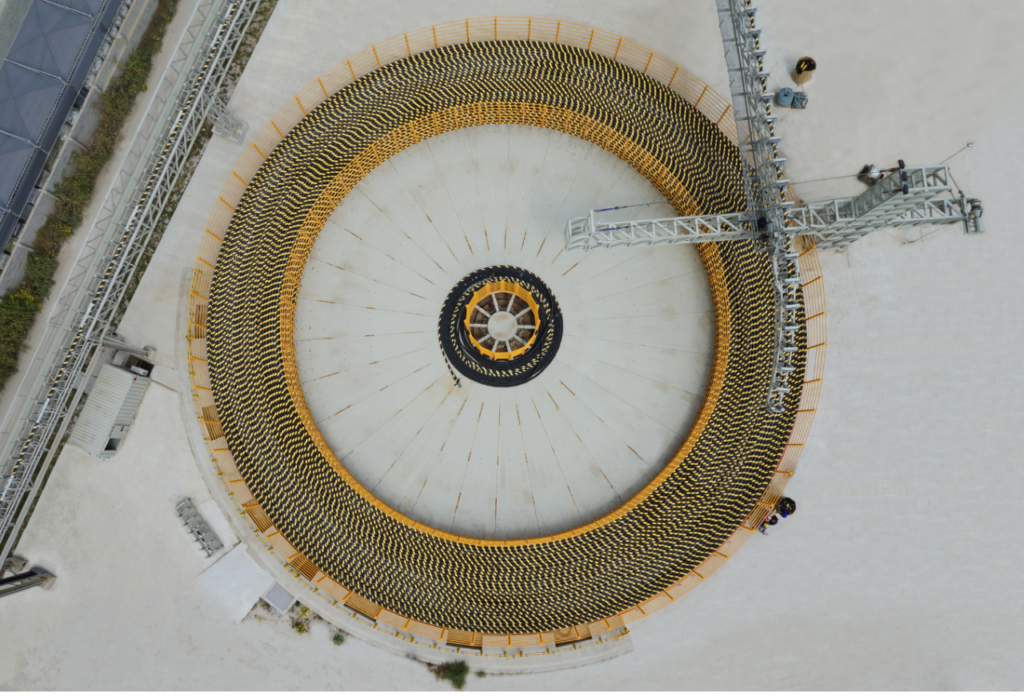