One of the most energy-efficient VLCCs launched in China

The CS Hunan Venture has a total length of 333 meters, a width of 60 meters, and a cruising range of more than 26,000 nautical miles.

The ship’s performance characteristics reached “world first-class during surveying”, and its Energy Efficiency Design Index (EEDI) is more than 20 percent below the baseline, which is one of the best in the world for VLCCs of the same size, according to CCS.

“The ship has excellent energy-saving and environmental protection performance because it has a straight bow design profile and is equipped with a new type of main engine a 7G80ME-C9.5 made by Dalian Marine Diesel,” Fan Qiang, Vice President of CCS commented.

“It further has a propeller of large-diameter and high-efficiency, and a before-propeller energy-saving device which DSIC has an independent intellectual property right for. This is a new highly competitive … generation of ship design for the new-build market.”

What is more, CCS said the vessel meets the Harmonized Common Structural Rules (HCSR) and complies with the Inventory of Hazardous Materials according to both International Maritime Organization’s (IMO) Ship Recycling Convention and European Union regulations.

The ship will be operated by Wah Kwong Ship Management Hong Kong.

The classification society CCS is currently working on another major VLCC related project with shipbuilder DSIC.

The project includes an order for a liquified natural gas (LNG) dual-fuel VLCC, which will be the first LNG dual-fuel VLCC in the world, scheduled for delivery around the end of 2021, according to the companies. 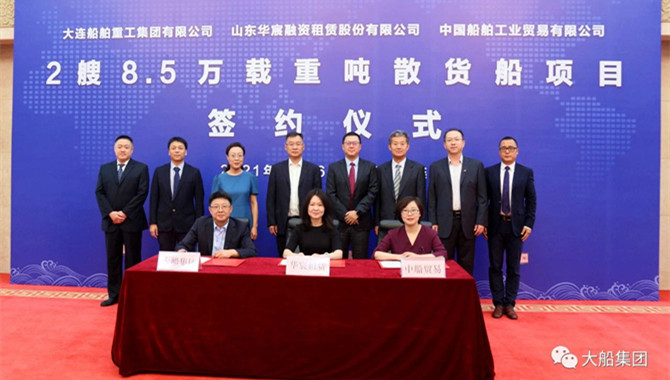