Aasta Hansteen and Polarled are moving the boundaries for technology, deep waters and ripple effects on the Norwegian continental shelf (NCS).

“Aasta Hansteen is one of the biggest and most complex industrial projects in Europe. With the Polarled pipeline we are taking the Norwegian gas infrastructure northward across the Arctic Circle for the first time.”

“We are building the largest SPAR platform in the world, and we are setting a new depth record of 1,300 metres for a field development and pipeline on the NCS,” says Torolf Christensen, Statoil’s head of Aasta Hansteen, at a press conference during ONS 2014.

The investments in Aasta Hansteen and the Polarled pipeline total NOK 57 billion.

The plan for development and operation was approved in 2013, and today the project is under development in several parts of the world.

The hull and the topside are being constructed in South Korea, while the equipment packages and subsea facility and pipeline equipment are delivered globally.

The first offshore work started in the summer of 2014 and involves laying of a fibre-optic cable on the seabed and installation of rocks on the seabed for the pipeline. The project is on schedule for production start-up in the third quarter of 2017.

“Aasta Hansteen is a pioneering project with regard to local ripple effects. The development has so far realised more than NOK 400 million in spinoff effects in northern Norway, and more than 200 people are involved in the construction of Aasta Hansteen and Polarled on the Helgeland coast.”

“We expect considerable spinoffs in the installation work to be carried out offshore and during production drilling on the field. The main Aasta Hansteen spinoffs will occur in the field’s operating phase,” says Christensen.

“The combination of deep waters, harsh weather conditions and a long distance from existing infrastructure on Aasta Hansteen is unique globally. In order to meet these challenges we have cooperated closely with the supplier industry, and jointly we are developing a new deepwater standard. The expertise we acquire will be applied in new developments both on the NCS and internationally,” says Helge Hagen, project manager for the Aasta Hansteen subsea development. 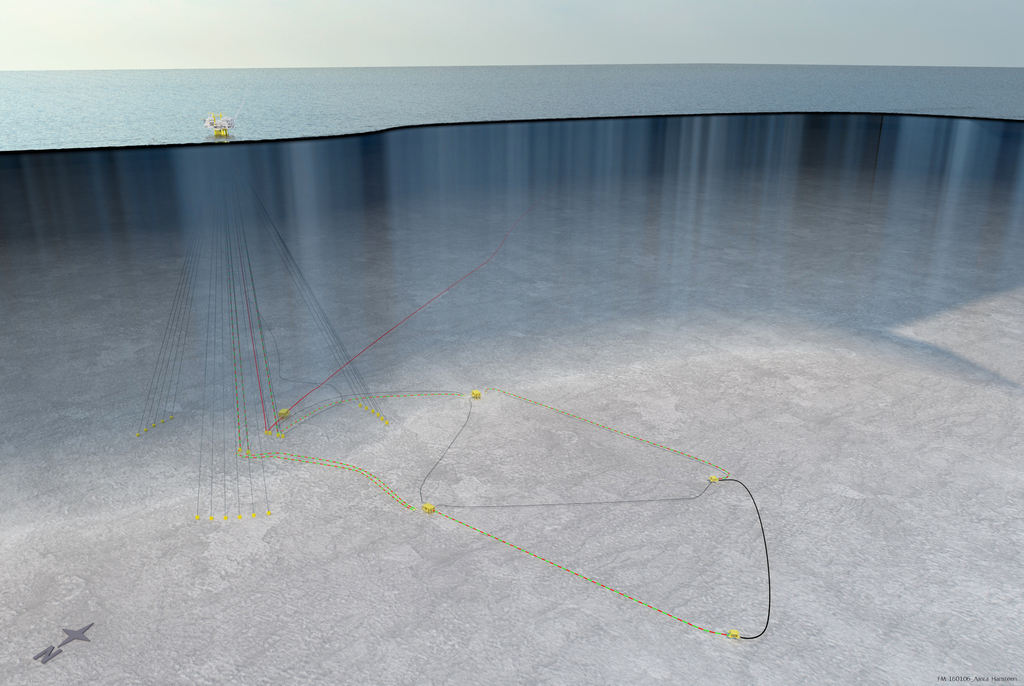