The scheduled re-opening this autumn of Marseille Fos port’s giant Drydock 10 shiprepair facility, which is undergoing a €28 million (USD 31.8m) renovation after being closed since 2000, will be delayed for six months, the port authority said.

The delay follows a concrete pile-driving mishap in March when a small section of wall at the base of the dock gate was dislodged and revealed deep cracking.

Main contractor Spie batignolles TPCI suspended operations to lead an exhaustive study of the concrete and steel reinforcement that was completed in May. The company has now defined remedial measures and adjusted the project completion date to next March, the port authority added.

At 465 metres long and 85m wide, the drydock is the world’s third biggest. It will cater for the latest generation container carriers, LNG tankers, bulk vessels and offshore rigs, but is being marketed principally as a mega cruiseship repair base offering minimum deviation.

“Shipowners who were in line to use Drydock 10 from September have been advised of the delay and helped with alternative arrangements by CNM and the port authority, who are now working to confirm bookings from next spring,” the port said.

On a separate note, the port authorities of the twinned French seaport Marseille Fos and Florida’s Miami port have renewed their link in a move to support further development of their mutual cruise and container interests.

The original twinning in 2000 with Miami was key to establishing the cruise offering at Marseille, which is forecasting 1.5 million cruise visitors this year and is already among the top five Mediterranean cruise ports. The two ports now intend to study how their complementary seasons can boost growth in their respective markets.

They also aim to exploit their similarities in the container sector.

The potential for more container trades between the ports was reinforced late last year when Miami joined Fos in the rotation for the India/Middle East/US East Coast Amerigo Express service operated by CMA CGM, Hanjin and UASC.

Other objectives of the new twinning agreement include sharing best practices on port security and on urban-port projects such as Les Terrasses du Port in Marseille. This development, financed by a public/private partnership of the port and retail property firm Hammerson, combines commercial premises with leisure attractions and is said to have caught the interest of the Miami port and city authorities.

In what is claimed as a first for France and the Mediterranean, shoreside electrical power for ships at berth – ‘cold ironing’ – is to be launched by the Marseille Fos port authority in conjunction with Corsica and Sardinia ferry operator La Meridionale.

The facility will be available from this October following six months of work to install the quayside power network and adapt the company’s vessels – Kalliste, Girolata and Piana – so that their diesel generators are no longer required during port calls.

The €4.4 million initiative follows several years of studies and was part-financed by national and regional government aid. 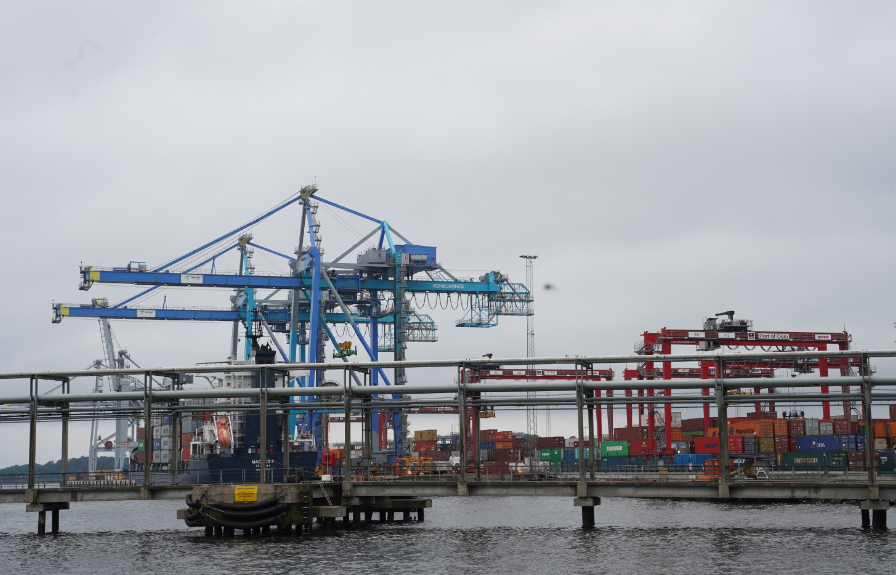