The refitted Marmok-A5 device has been installed in the Bay of Biscay, off the north coast of Spain, for the second round of open-sea trials as part of EU-funded OPERA wave energy project.

Following the successful open-sea testing of the baseline configuration for two consecutive winters at Biscay Marine Energy Platform (BiMEP), the refurbished Marmok-A5 floating oscillating water column (OWC) device was redeployed at the same site on October 4, 2018, for another set of tests.

The modified wave energy configuration, serviced at the engineering company Navacel, will be in the water for approximately another year to gather valuable data for the assessment of long term cost reductions, according to OPERA project, short for Open Sea Operating Experience to Reduce Wave Energy Cost.

At Navacel, the prototype device – developed by Spanish company Oceantec Energias Marinas – had several innovation improvements, including the modification of part of the elements of the anchoring system for the introduction of elastomeric mooring tethers developed by the University of Exeter.

The shared mooring system configuration comprises two elastomeric tethers, aimed at reducing peak loads and enhance structural survivability, which were installed at BiMEP back in June 2018.

OPERA is an international project consortium, coordinated by Tecnalia, comprising 11 academic and industrial partners. The project aims to develop and de-risk technologies that will reduce the cost of operating wave energy devices at sea by 50% and subsequently accelerate the roll out of marine renewable energy.

To remind, Marmok-A5 was towed into Port of Bilbao in June 2018 for a thorough inspection, conditioning and integration of the different innovations that have been developed in the OPERA project.

During the first deployment, the research team has been able to gain more than 1,000 man-hours of experience in operation and maintenance, as well as confidence in its power performance and mooring system robustness. 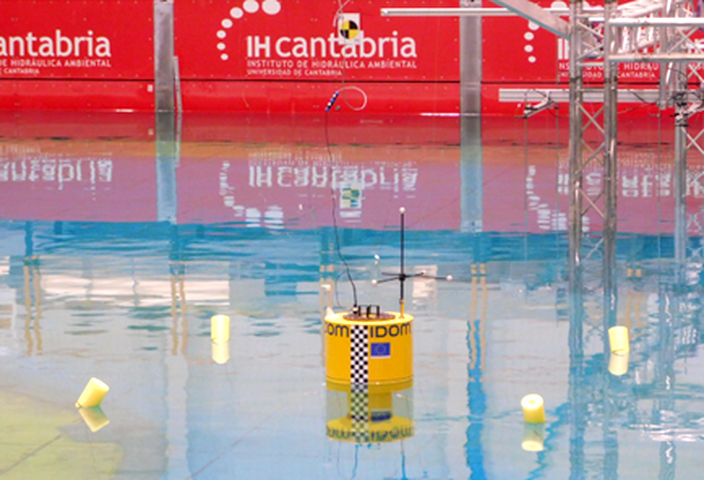