The Speculant discovery is a tilted fault block structure covering over 7km2 in a nearshore section off the Otway coast, and sits immediately north of the Halladale and Black Watch fields previously discovered by Origin in 2006.

Logging While Drilling data acquired during the drilling of the well indicates the presence of potentially commercial quantities of gas within excellent quality sands of the Waarre Formation. This formation contains sands over a gross interval of approximately 100m vertical thickness.

Wireline formation pressure data has confirmed the presence of a gas column of approximately 145m within the Waarre C formation. Further evaluation of secondary targets are currently underway.

The Speculant-1 well is situated approximately 3km off the southern Victorian coastline, about 30km south east of Warrnambool. Extended reach drilling technology is being employed to access offshore gas reservoirs. The well is being drilled using the rig Ensign 931 in conjunction with the development drilling of the Halladale field. 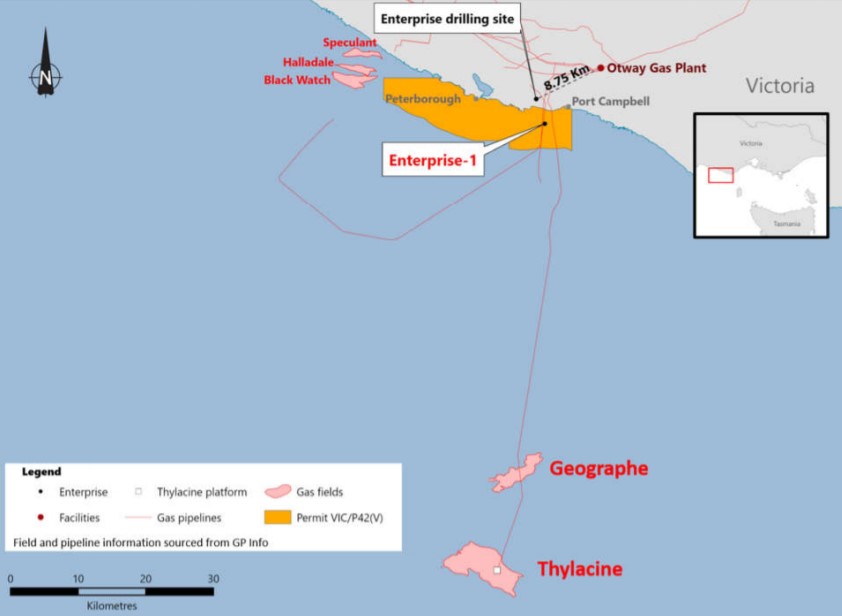