OSG’s subsidiaries, OSG 205 LLC and OSG Courageous II LLC, will use the loan to refinance the tug to which the barge is being paired, the OSG Courageous.

The new 204,000 barrel U.S. Flag ATB barge, the OSG 205, is being built by the Greenbriar Marine shipyard and is set to be delivered in the next few weeks.

The company took delivery of the OSG 204, a 204,000 barrel capacity oil and chemical tank barge, and a sister vessel to OSG 205, from Greenbrier Marine back in June 2020.

The Jones Act barge has been built in compliance MARPOL Annex VI Regulation 13 Tier III standards regarding nitrogen oxide emissions within emission control areas. Under the Tier III standard, NOx emissions must be reduced by approximately 75% when compared to Tier I engines.

“The transaction marks an important milestone in completing the construction and delivery of the second of two barges built for OSG at Greenbriar Marine shipyard,” Sam Norton, President and CEO of OSG commented.

“All complex projects require the contribution of multiple partners to achieve success, and we are pleased to have teamed up with our financing partner and Greenbriar in providing the necessary resources to bring this project to fruition.”

The barge is set to commence service under a one-year time charter early next month. 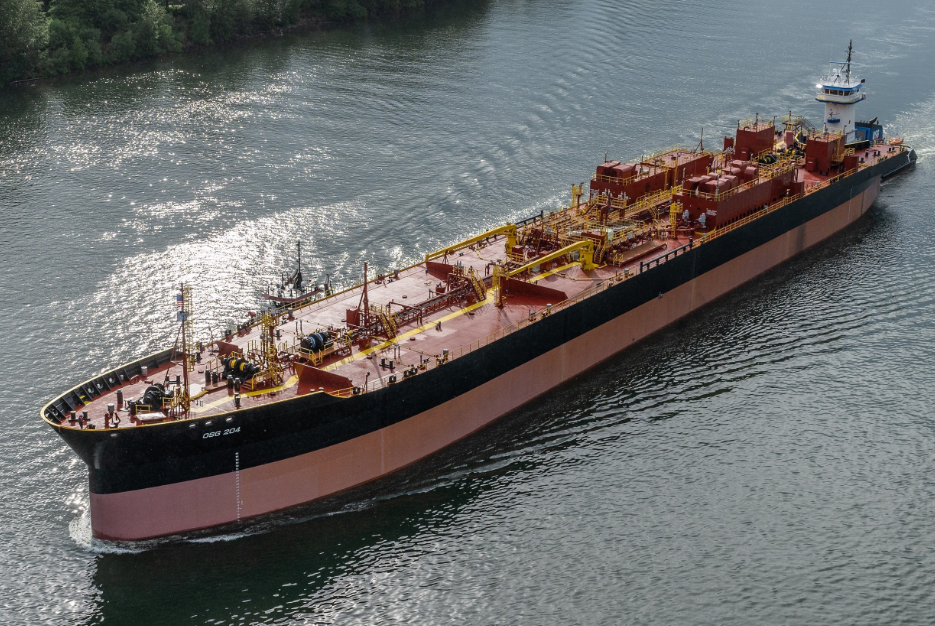