Otto Energy has asked for a two-year moratorium over its Service Contract 55 (SC 55), offshore Palawan Basin in the Philippines.

SC 55 is a deep-water block located in the southwest Palawan Basin, covering an area of 9,880km2.

According to Red Emperor Resources, an ASX and AIM listed exploration company and Otto’s partner in the project, Otto requested a two-year moratorium to be granted by the Philippines Department of Energy over SC 55.

The joint venture fulfilled the work obligation under the current exploration Sub-Phase by drilling the Hawkeye-1 exploratory well using the Maersk Venturer drillship in August 2015. Red Emperor noted that although the well did not encounter gas in commercial quantities, it proved the presence of an active petroleum system in the contract area which hosts the “Cinco Prospect” as well as several other leads.

The consortium intends to undertake further technical studies during the moratorium period, including a Quantitative Interpretation (QI) Study, Red Emperor said. QI is a relatively recent geophysical technique that is designed to gain a better understanding of existing and potential petroleum reservoirs.

The Joint Venture expects a response from the Department of Energy with respect to its moratorium request early in the new year, Red Emperor added.

Red Emperor Resources holds a 15% participating interest in SC 55 while Otto, as the operator, holds 78.18% interest and Palawan 55 holds the remaining 6.82%. 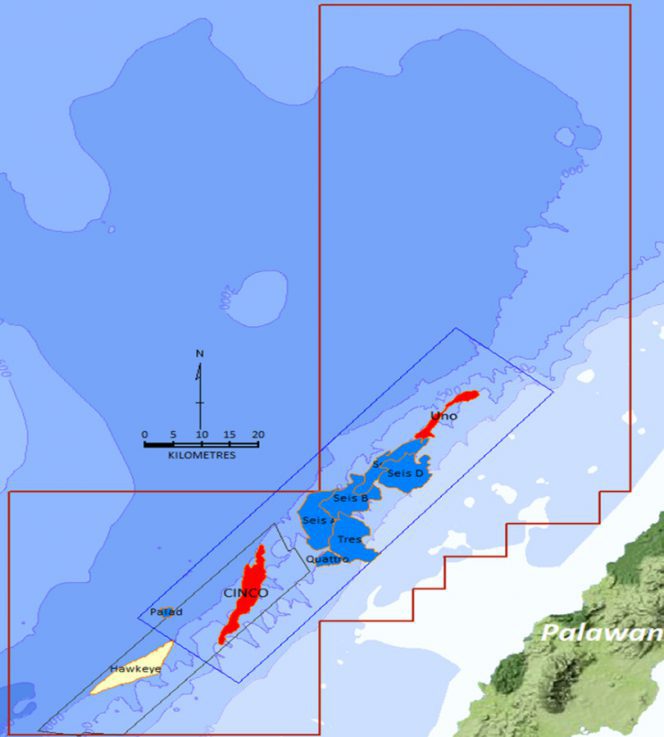