Otto Energy Limited has executed a letter of intent with BHP Billiton Petroleum (Philippines) Corporation, proposing to terminate the farm-out agreement between the two parties over Service Contract 55 (SC55), offshore the Philippines.

The letter of intent contemplates the re-assignment of BHPB’s 60% working interest to Otto, taking Otto’s working interest to 93.18%, subject to approval of the reassignment by the Philippines Department of Energy (DOE). A binding termination agreement is expected to be executed in the coming weeks.

The key terms of the letter of intent are as follows:

• Otto undertakes to lodge a Sub-Phase 4 work program and budget with the DOE; and

• BHPB will pay a further US$24.5m to Otto upon drilling the first exploration well in SC55.
• BHPB has no enduring rights to any future exploration outcomes or obligations.

Otto notes that it has access to all 3D seismic data that has been acquired in the permit to date and has commenced a handover process for work undertaken by BHPB as the former operator of SC55. Upon execution of a definitive agreement, Otto intends to submit a 2014 work program and budget to the DOE outlining the intention to undertake drilling of the 3D seismically defined and DHI (Direct Hydrocarbon Indicator) supported Hawkeye-1 exploration well in Sub-Phase 4. Hawkeye is a turbidite clastic reservoir target in 1,690  metres of water with top reservoir prognosed to be at 2,732 metres.

SC55 contains a number of distinct exploration play types including the carbonate gas/condensate trend, that has the potential for an oil charge, and the turbidite clastic prospects. The permit provides material opportunity and a series of possible drilling targets in an exploration campaign that will be undertaken during the remaining term of the service contract.

The Cinco prospect (see Appendix 2) was identified as part of the 2010 1,800 km2  3D seismic program undertaken by BHPB that focused on a trend of carbonate prospects and leads with Cinco being analogous to the Malampaya producing gas/condensate field in the Philippines. There is also the potential for an oil charge in the Cinco prospect that is yet to be quantified into a resource estimate. Cinco contains a ‘Best Estimate’ GIIP of 2.4 Tscf with a ‘Best Estimate’ Net Prospective Resource of 1.3 Tcf of gas and 45 MMbbl of associated condensate (Condensate Gas Ratio 35 bbls/MMscf). The Net Prospective Resources assumes working interest post re-assignment of 93.18% for Otto and excludes Government Share of profit oil.

The arithmetically aggregated gas/condensate prospect and lead inventory (see Appendix 1), including Cinco, contains a ‘Best Estimate’ GIIP of ~ 17 Tscf with a ‘Best Estimate’ Net Prospective Resource of ~ 9 Tscf of gas and  320 MMbbl of condensate.

The Hawkeye prospect (see Appendix3) was identified on 2D seismic originally acquired by Otto in 2007 and further defined with the 600 km2 3D seismic acquisition in late 2009. Hawkeye contains a ‘Best Estimate’ STOIIP of

~ 480 MMbbl of oil and a ‘Best Estimate’ Net Prospective Resource of 89 MMbbl of oil. Otto will undertake drilling planning preparations in the coming months, including development of well designs and the necessary equipment procurement required to undertake this programme. Otto will also commence a farm-out process intended to introduce a new partner into the joint venture to participate in this program.

BHPB has engaged with the Philippine Department of Energy regarding the revised timing of the work program commitments following the suspension due to delays in the receipt of the Strategic Environmental Plan. It is

expected that this revised timing will be the subject of a separate announcement shortly.

Otto Chief Executive Officer Gregor McNab said: “This letter of intent with BHPB represents a favourable outcome for Otto shareholders, providing us with material funding to allow drilling in SC55. This licence is a material and high potential permit with a number of exciting prospects and leads within it. We have commenced drilling planning activities and we look forward to unlocking the value from this permit through drilling the first well. The prospectivity of the carbonate trend, including the Cinco prospect, and the Hawkeye turbidite clastic prospect demonstrates the high impact potential to be tested by exploration drilling in SC55.” 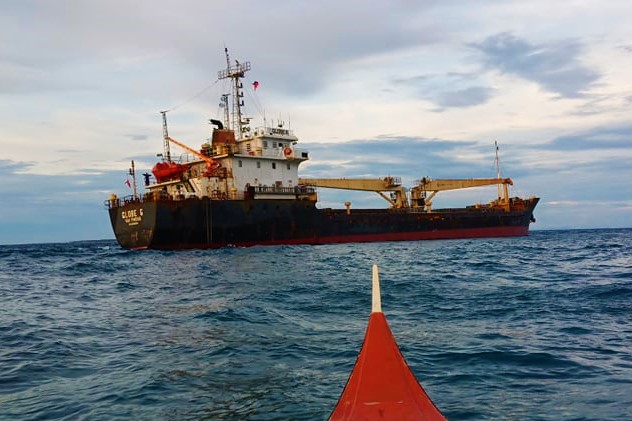