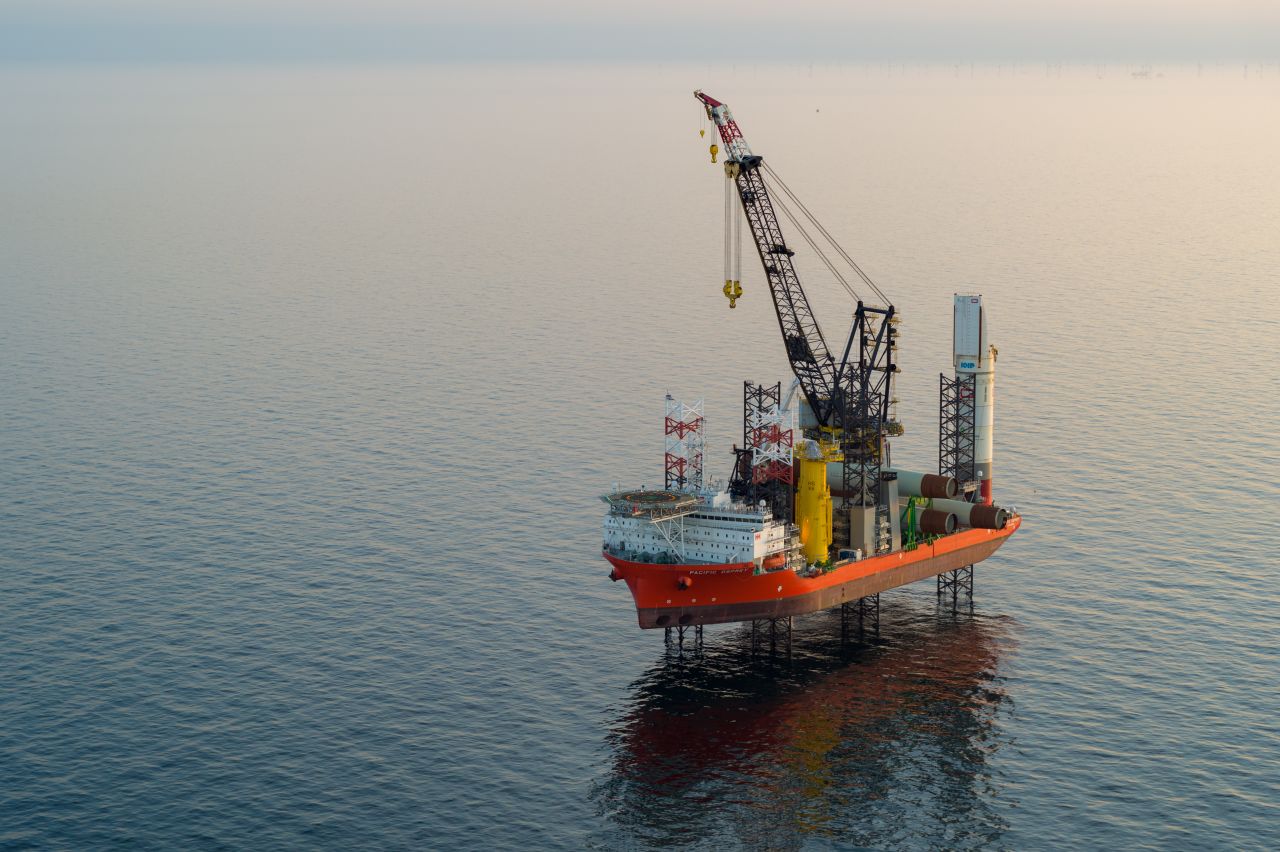 Cadeler, formerly known as Swire Blue Ocean, is ready to send its Pacific Orca vessel in early 2021 to support foundation installation at the Hornsea Two offshore wind farm in the UK.

The company has been subcontracted by DEME to deliver a vessel which will support the installation of the wind farm’s 165 monopile foundations, and Pacific Orca has already mentioned earlier as the vessel that will join DEME’s Innovation next year to undertake this task.

“Cadeler is excited to be working so closely with DEME in 2021. Our companies have delivered projects together in the past, and we have always found the working relationship to be mutually advantageous. We view DEME’s selection of Pacific Orca for assistance on Hornsea 2 as a reaffirmation of the strong connection between our companies”, said Mikkel Gleerup, Cadeler’s CEO.

At beginning of October, Swire Pacific Offshore announced listing Swire Blue Ocean on the Oslo Stock Exchange and the rebranding the subsidiary that now operates under the new name, Cadeler.

In September, Cadeler revealed plans to order a new vessel with an option for a second new-build, and investing in new cranes for both Pacific Osprey and Pacific Orca, which would enable the two installation vessels to handle future offshore wind turbines.

When it comes to the Hornsea Two project Pacidic Orca will work on starting next year, offshore construction is now well underway, with the first monopile foundation installed at the beginning of October, a few days after the jacket foundation for the offshore substation was put in place.

The 1.4 GW offshore wind farm is scheduled to be commissioned in 2022.