UK’s port group PD Ports has officially opened a multi-million pound bulks handling facility at Teesport, a move that is said to represent an important milestone in the revival of the Tees Valley.

Teesport Bulks Terminal was opened during a virtual ceremony on 12 August 2020.

The 300,000sq.ft. terminal comprises seven walled bays, primed to store a range of bulk products such as soya and grain and directly connected to covered rail access to provide an environmentally sustainable and cost-effective solution for domestic exports.

As explained, the investment builds on the £1bn of investment PD Ports has attracted to the region over the last decade, in addition to the Government’s own £70 million investment to regenerate the Tees Valley and its ongoing commitment to the levelling-up agenda.

“The opening of the Teesport Bulks Terminal marks an important milestone in the continued revival of the Tees Valley,” Simon Clarke, MP, Minister for Regional Growth and Local Government, said during his opening speech.

“This new terminal will increase trade, create new jobs for the region and help boost the UK’s economic recovery as we emerge from the worst effects of the coronavirus pandemic.”

PD Ports’ CEO, Frans Calje, noted that the completion of the Teesport Bulks Terminal signifies the resurgence of bulks handling in the Tees Valley and demonstrates the region’s economic recovery after the collapse of the SSI Steelworks in 2015.

“In 2015, disaster struck the Tees Valley as the steelworks collapsed after more than 150 years of steelmaking. Overnight the River Tees and this region lost one of its main component parts and we, as PD Ports, lost a third of our business.”

“Thanks to an ongoing journey of diversification, we have been able to rise, almost symbolically, from our own ashes into something that is now far larger in 2020 than it ever was in 2015,” he added.

Global natural resource company Glencore Agriculture UK backed PD Ports’ investment and UK Managing Director, James Maw, explained how the opening of the facility is an important milestone for the Glencore business as well as for the Tees Valley.

“The Teesport Bulks Terminal will provide new opportunities for both import and export as well as providing the efficiency, reliability, flexibility and a level of service that will ensure that our customers remain our customers.”

Glencore will utilise three bays at the Teesport Bulks Terminal to store its agribulk products destined for UK distribution. 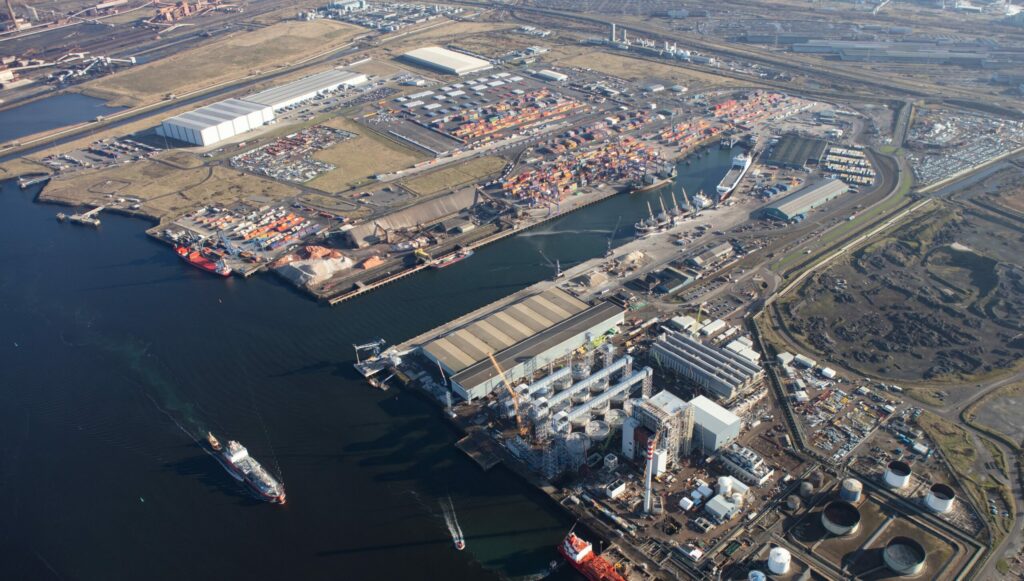