Brazilian oil company Petrobras has filed the declarations of commerciality notices for oil accumulations located in areas adjacent to the Sapinhoá field, in the pre-salt layer of the Santos Basin, offshore Brazil.

The Entorno de Sapinhoá area was acquired by the consortium in 2017, in the 2nd Bidding Round under the production sharing agreement regime.

According to Petrobras, the new fields should be unitized with the Sapinhoá field once the corresponding Production Individualization Agreement is defined.

The Sapinhoá field is located about 300 km off the coast in ultra-deep waters, with current production of 250 thousand barrels of oil per day through the FPSOs Cidade de São Paulo and Cidade de Ilhabela. 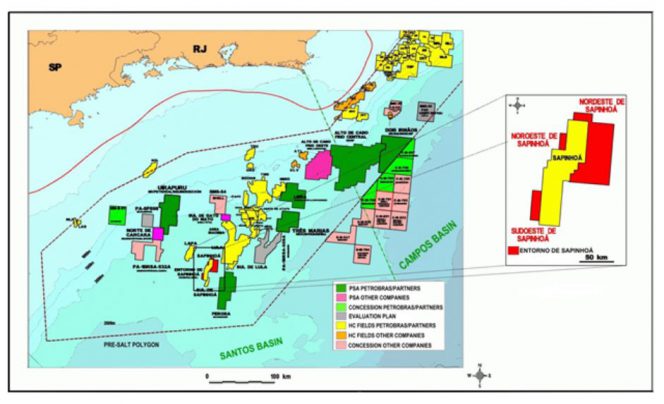