Petrobras in partnership with CNPC to promote investments in Marlim cluster

Brazilian oil company Petrobras has signed an integrated project business model agreement (IPBMA) with China National Oil and Gas Exploration and Development Company (CNODC), a subsidiary of CNPC, advancing towards their strategic partnership, which was agreed back in July.

The agreement in July defined the assets that are part of the scope of the partnership, within the concept of an integrated project, which included the completion of Comperj’s Refinery and a participation in Marlim cluster.

The business model agreement announced on October 16 details the steps of a feasibility study to evaluate Comperj current technical status, its investment case and the remaining scope to conclude the refinery and the business valuation. A joint team composed by CNPC and Petrobras specialists and external consultants will conduct the studies. Once the full benefits and costs of this project are quantified, the next step is to create a JV between Petrobras (80%) and CNPC (20%) to conclude and operate the refinery.

The integrated project also includes 20% participation of CNPC in Marlim cluster, which is composed by Marlim, Voador, Marlim Sul and Marlim Leste fields. Petrobras will have 80% and will keep the operatorship of all these fields.

“This is an important milestone of the strategic partnership between Petrobras and CNPC while its effective implementation depends upon the successful results of Comperj feasibility study with the respective investment decision by the parties, as well as the negotiation of final agreements,” said Petrobras.

Since 2013, Petrobras and CNPC are partners in the Libra area, which was the first contract under the production sharing agreement regime and is located in the Santos Basin pre-salt area. In 2017, the consortium formed by Petrobras (operator, with 40% stake), CNPC (with 20%) and BP (with 40%) was the winner for the Peroba Block, one of the most contested in the auction promoted by the National Agency of Petroleum, Natural Gas and Biofuels (ANP).

The strategic partnership is also part of Petrobras’ broader program for the revitalization of its Eastern refining and logistics park. Regarding to upstream segment the partnership will focus on the optimization of the revitalization project of Marlim field and the other projects related to Marlim Sul and Marlim Leste fields aiming to optimize the results of mature fields. 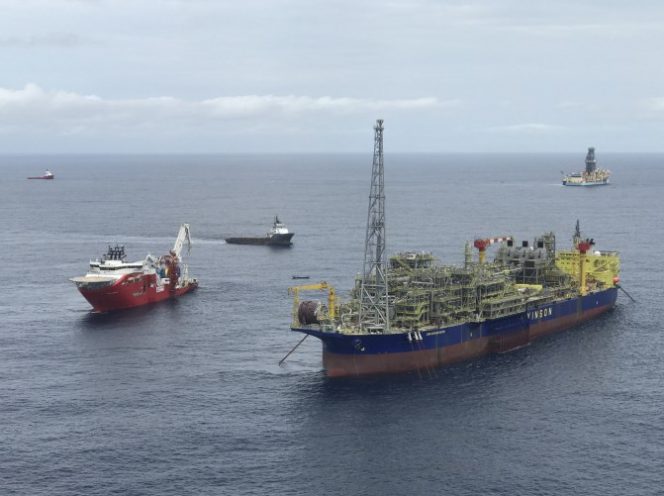