Back to overview
Home FPSO Petrobras to spend $68.8B on E&P. Plans to order 7 new FPSOs

Brazilian oil company Petrobras has set aside $84 billion dollars to spend between 2019 and 2023. Most of this will go on E&P where the company plans to boost output by putting 13 FPSOs in production, seven of which it has yet to order. 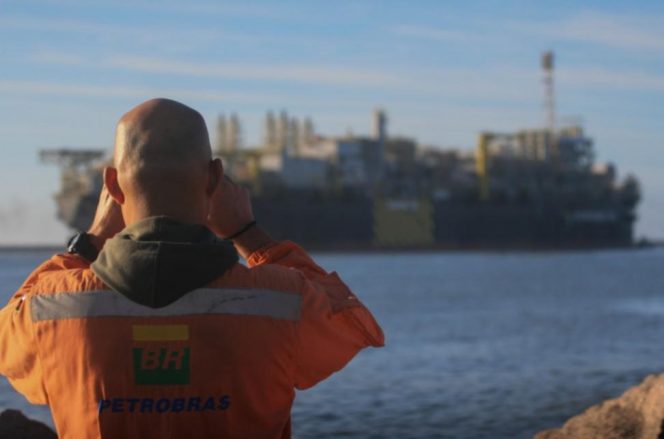 The company plans to spend $84.1 billion in total over the period. Of this, $68.8 billion will be spent on its exploration and production business, $8.2B on refining, transportation and marketing, $5.3 B on gas and petrochemicals, and $0.4B on renewables.

Petrobras has stressed that Exploration and production continue to be the most important value generation engine of the company, and the focus remains on the development of production in deep waters, notably in the pre-salt areas.

The company expects its production to grow 10 percent in Brazil and 7 percent in overall numbers due to the startup of five new production units in 2018 and three more in 2019.

“Throughout the Plan, it is foreseen the start-up of 13 new systems. For the period between 2020 and 2023, total oil and natural gas production will grow at an average rate of 5% per year,” Petrobras said.

Petrobras has shared a chart in which it reveals that of the 13 units mentioned, the company will contract seven new FPSOs to be put into production between 2021 and 2023. 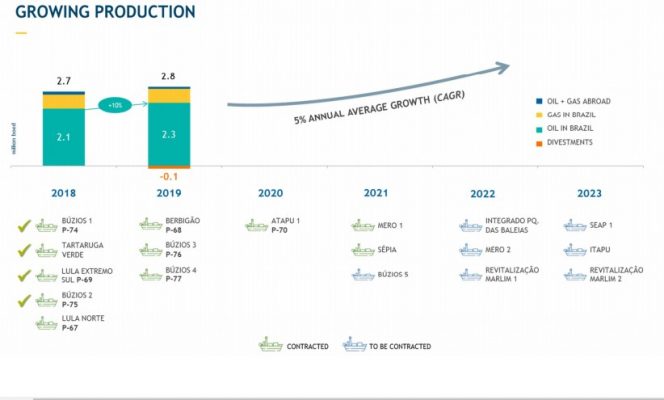 While the company has set its investment plan, the company also expects to continue with partnerships and divestments, where it sees a potential to generate $26 billion over the period of the plan.

“These initiatives, combined with an operating cash generation estimated at US$ 114.2 billion, after dividends, taxes, and contingencies, will allow Petrobras to carry out its investments and reduce its debt, without the need for new net borrowings on the horizon of the plan,” Petrobras said.