Petrobras has started operating the Cidade de Maricá FPSO platform, in the Lula field (Lula Alto area), in the pre-salt layer of the Santos Basin.

The platform is located approximately 270 kilometers from the coast, at a water depth of 2,120 meters.

With a daily production capacity of up to 150,000 barrels of oil and 6 million cubic meters of gas, this is the seventh major definitive production system in the pre-salt layer of the Santos Basin.

With this additional unit, the pre-salt layer of the Santos and Campos basins already accounts for 35% of Brazil’s oil production.

The improvement in the design and construction of wells, subsea systems and platforms has been accompanied by a great effort to implement a complex transportation and gas processing infrastructure.

Moving ahead with the expansion of the production capacity of the Santos basin, last Friday, February 12, Petrobras began operating the second transportation route for natural gas produced in the pre-salt layer of this basin through a gas pipeline called Route 2.

With 401 kilometers of extension, Route 2 is the longest subsea gas pipeline in operation in Brazil and has daily transportation capacity of 13 million cubic meters of gas, connecting the production systems of the pre-salt layer of the Santos basin with the gas Treatment Terminal of Cabiúnas in Macaé, Rio de Janeiro.

Route 2 will be connected to the Route 1 gas pipeline, in operation since 2011 and with a daily transportation capacity of additional 10 million cubic meters. 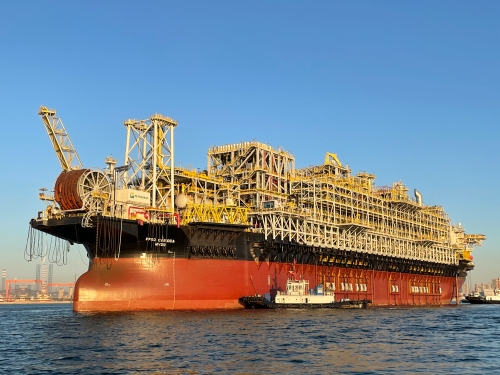