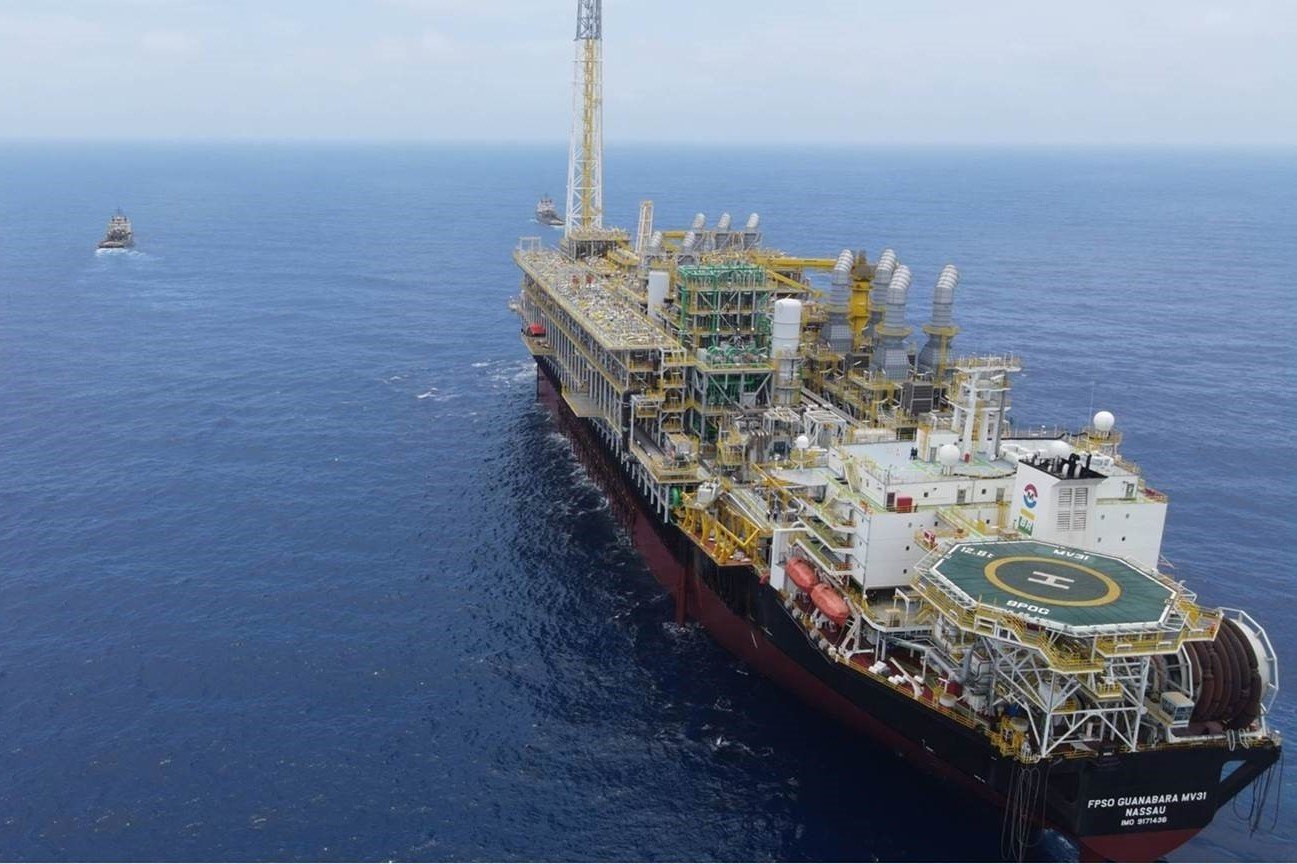 Brazilian oil and gas giant Petrobras has revealed that the FPSO Guanabara has arrived at the Mero field, located in the Libra Block, in the pre-salt Santos Basin offshore Brazil.

Petrobras said on Tuesday that the FPSO Guanabara would be the first definitive system to operate in Mero, which is the third-largest pre-salt field behind Búzios and Tupi.

In the coming months, the FPSO will be connected to the wells and subsea equipment and final tests will be carried out ahead of the first production scheduled to occur in the first half of the year. To remind, the first production was postponed in April 2021 due to delays in FPSO construction caused by the Covid-19 pandemic.

Japan’s MODEC was responsible for the engineering, procurement, construction, mobilization, installation and operation of the FPSO Guanabara MV31, including topsides processing equipment as well as hull and marine systems.

The vessel was converted and integrated at the DSIC shipyard, in Dalian, China. After leaving China, it stopped for about two months at the Drydocks World Dubai shipyard in Dubai, where commissioning activities were carried out.

With the capacity to produce up to 180,000 barrels of oil per day (bpd), the FPSO Guanabara will be the first in a series of four definitive platforms scheduled for the Mero field. The unit will be installed more than 150 km from the coast, in a water depth that reaches 1,930 meters.

Fernando Borges, Petrobras director of Exploration and Production, noted that the development of the Mero field will be decisive for the company to maintain the accelerated pace of pre-salt production. It also reflects Petrobras’ strategy to focus on deepwater assets, which combine substantial reserves, high productivity, and resilience even in low oil price scenarios.

Petrobras is also working on a solution that is focused on reducing greenhouse gas emissions and increasing the productivity and efficiency of the project. The HISEP equipment will remove excess gas rich in CO2 and present in Mero.

Petrobras started a hunt for suppliers to design, construct, install, and test the High-Pressure Separation technology (HISEP) in January 2022. The technology aims to separate and reinject gas with high CO2 content produced alongside the oil while still on the seabed.