Oilfield services provider Petrofac has secured a contract with BP to develop operational procedures for the Greater Tortue Ahmeyim (GTA) project in Mauritania and Senegal.

Centred on minimising risk and harm to personnel, plant, and the environment, the procedures will encompass all offshore operations, including subsea, floating production storage and offloading (FPSO) and hub, Petrofac said on Monday.

Steve Webber, Petrofac SVP Operations, said: “BP is an important longstanding client and we look forward to supporting them in operating safely and responsibly, in their delivery of the GTA Phase 1 Project, which is creating a new LNG hub in Africa”.

BP reached a final investment decision for Phase 1 of the Greater Tortue Ahmeyim back in December 2018.

The Tortue/Ahmeyim gas field, with estimated resources of 15 trillion cubic feet of gas, is located offshore on the border between Mauritania and Senegal.

The Greater Tortue Ahmeyim project will produce gas from an ultra-deepwater subsea system and mid-water FPSO vessel, which will process the gas, removing heavier hydrocarbon components. The gas will then be transferred to a floating liquefied natural gas (FLNG) facility at a nearshore hub located on the Mauritania and Senegal maritime border.

The integrated gas value chain and near-shore LNG development will export LNG to global markets as well as supplying gas to Senegal and Mauritania.

Kosmos Energy, one of the partners, informed in an update on Monday that the project’s Phase 1 was 58 per cent done at the end of the first quarter.

Kosmos expects the completion of the FPSO sale and lease-back in the second quarter of 2021 with documentation being finalized and the government approval process well underway. 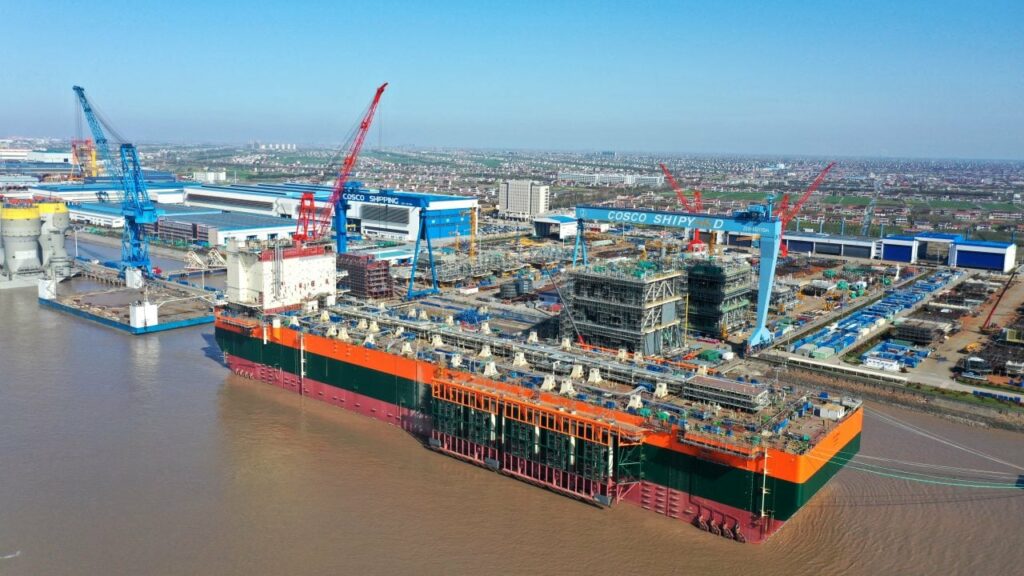 First gas from Greater Tortue Ahmeyim on target despite FPSO delay
Posted: 9 days ago
BP hires Petrofac to provide personnel and equipment for GTA project
Posted: 2 months ago
Petrofac put in charge of operations services on Ghanaian field
Posted: about 1 month ago