Lampung floating storage and regasification unit moored off the Sumatran coast has been on idle for months as low oil prices and faltering LNG demand hit Indonesia.

The 170,132 cbm vessel with a regasification capacity of 360 mmscf per day has been idling off the coast without regasifying any liquefied natural gas for six months, Perusahan Gas Negara said.

PGN operates the vessel on a 20-year time charter with Höegh LNG. It has only commenced operations in July 2014.

The Lampung FSRU was scheduled to receive 14 cargoes since the start of the year but has still not received any.

Indonesia’s LNG demand growth has been slower than predicted and only posted a slight rise of 0.7 percent in 2014. 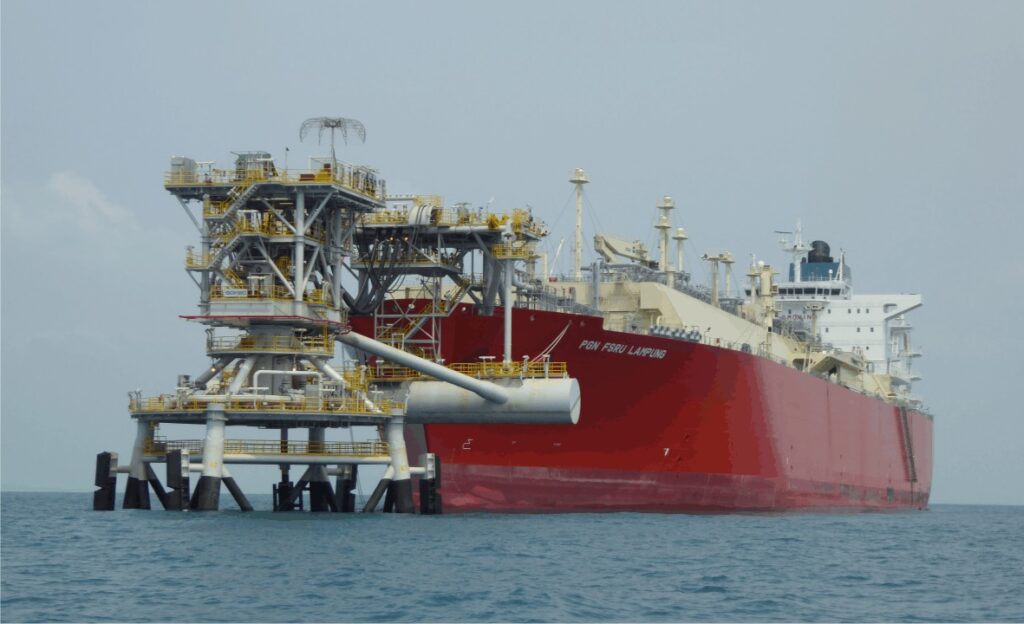