PGS has stacked, and will consider selling or scrapping, the seismic vessels Pacific Explorer and Nordic Explorer. The seismic vessel Atlantic Explorer which is currently conducting a 2D survey will be taken permanently down to 2D mode and is planned to be used as a combined 2D, source and EM acquisition vessel.

PGS has received notification from Mitsubishi Heavy Industries Ltd. (“MHI”) that delivery of the Company’s two last Ramform Titan class new builds will be delayed by 2 and 4 months. New delivery dates provided by MHI are August 31, 2015 and January 31, 2016. PGS has taken steps to adjust timing of equipment and similar deliveries, also catering for further possible delay of vessel delivery dates.

PGS has taken the decision to sell the PGS Khazar joint venture.

This is in addition to the quality and cost improvement programs already announced by the Company. In Q3 2014 PGS expects to report one off cost of approximately USD 3 million relating to de-rigging of vessels, and impairments of approximately USD 20 million to write down the carrying value of retired vessels and the investment in PGS Khazar to expected sales value. 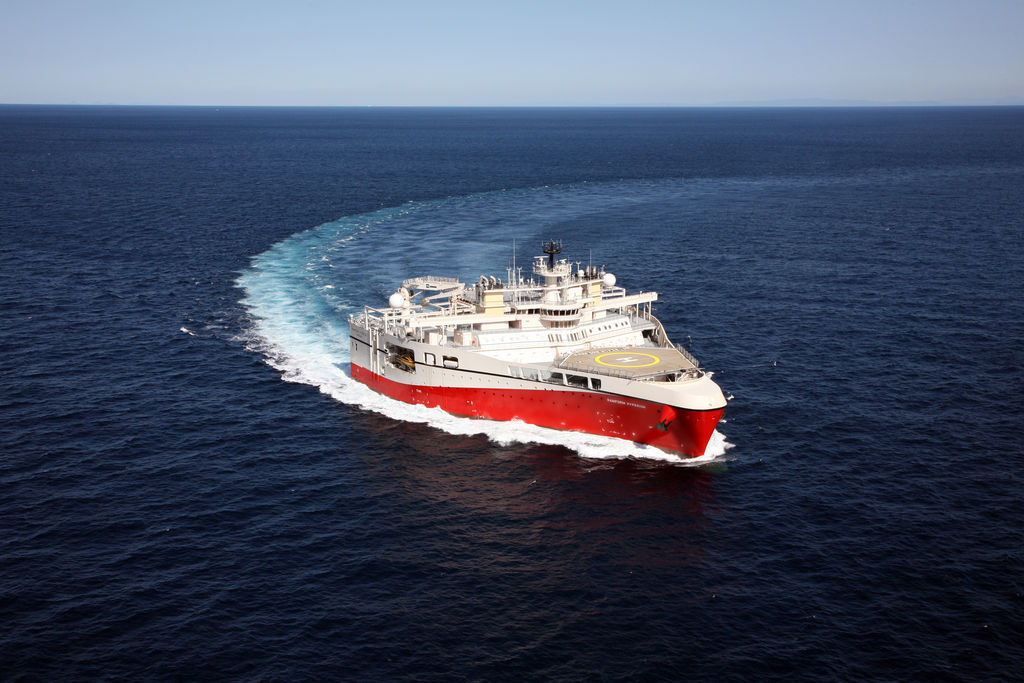