Heerema Fabrication Group (HFG) has shared a photo showing the loaded out jacket and topside for Statoil’s Oseberg Vestflanken 2 project.

The Netherlands-based manufacturer of large structures for the oil and gas industry, that the loaded out jacket and topside were being prepared at the company’s Zwijndrecht yard for transport to open sea. According to HFG, the company loaded out the topside on Wednesday.

Oseberg Vestflanken 2 is the first of three planned phases for developing the remaining reserves in the Oseberg area, about 130 kilometers northwest of Bergen. Production start is scheduled for the second quarter of 2018.

Heerema has recently shared a photo of the the load out of the Vestflanken 2 jacket.

As previously reported, Heerema signed the contract with Statoil for the engineering, procurement & construction (EPC) as well as the transport and installation of the UWP platform for the Oseberg Vestflanken 2 project in February of last year.

It was agreed for Heerema Fabrication Group to carry out the EPC part of the work, while Heerema Marine Contractors (HMC) will be responsible for the transport and installation of the platform.

Norway’s Ministry of Petroleum and Energy approved Statoil’s Plan of Development and Operation (PDO) of Oseberg Vestflanken 2 in June 2016 and the steel cutting ceremony for the UWP was held only days later. 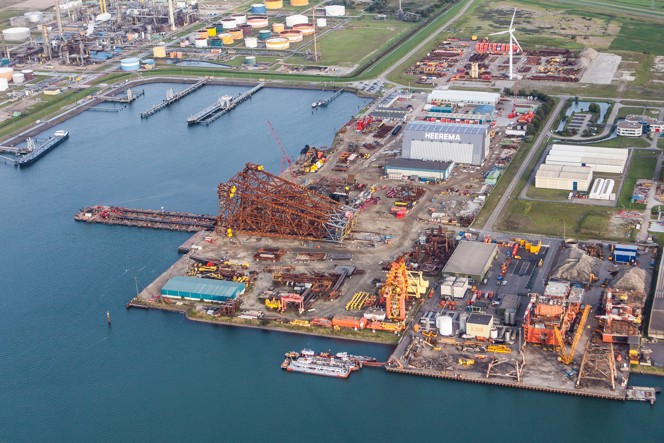