The UK Coastguard, RNLI and Royal Navy have, in a combined rescue operation, helped recover a missing diver off the Cornish coast.

The diver became separated from his buddy after diving a wreck several miles off the Lizard Peninsula.

A mayday call was sent by their dive boat at around 2:30pm on Tuesday, 1 September.

This sparked a major rescue operation with the Coastguard requesting the assistance of RNLI lifeboats, a Sea King from 771 (Search and Rescue) Naval Air Squadron and Royal Navy frigate HMS Somerset which was patrolling nearby.

Upon receiving the call Somerset immediately responded heading to the last known location to join the rescue effort.

The missing diver was wearing a personal locator beacon (PLB) which had been activated and was instrumental in locating him. The warship HMS Somerset was in the vicinity and spotted the diver, who was conscious and waving, the warship was then able to direct the dive boat to the casualty for recovery.

After a quick check the man was transferred by helicopter to Derriford Hospital, Plymouth, for a full examination before being released late last night. 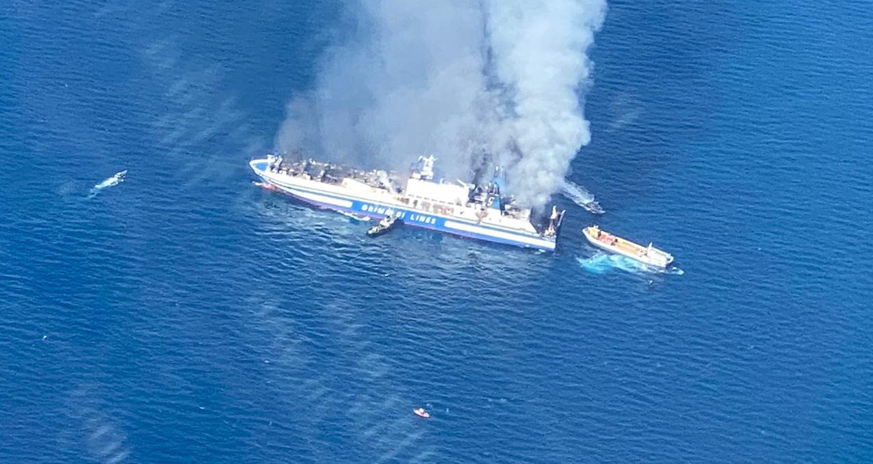 VIDEO: Fire erupts on Grimaldi ferry off Italy, hundreds evacuated
Posted: 5 months ago
UN coordinator urges public to help stave off ‘5th largest oil spill from a tanker in history’
Posted: about 1 month ago
SEE MONSTER embarks on its transformation prior to opening doors in August – gallery
Posted: 22 days ago