LOTOS expects to start commercial operation at the LNG fueling in mid-2021.

Specifically, the facility will enable the refueling of LNG and CNG-powered vehicles.

The cryogenic condenser will enable boil-off gas to be liquefied and re-injected into the tank container, LOTOS said.

Furthermore, automatic control and monitoring systems will enable the single-person operation and remote servicing of the docking station.

The LNG fueling station will be located at the LOTOS service station at in Gdańsk-Osowa and will be operated by LOTOS Paliwa.

Additionally, building the facility in the proposed location will contribute to developing transport infrastructure along a TEN-T route. The project will help to create an LNG distribution system in Gdańsk. Its footprint will extend to Gdynia, the Gdańsk Province and beyond.

Also, the facility will serve in the future as a virtual LNG pipeline hub, LOTOS said.

Initial assembly work is being carried out and training is being delivered in various fields. The project proponents have already acquired almost all the required components.

As a result of the contract signing, the design work and procurement process is complete. The project has moved into the formal arrangements, construction and commissioning phase.

Co-funded by the EU under the Connecting Europe Facility (CEF), the project comprises the design, construction and pilot testing of an LNG fueling station. 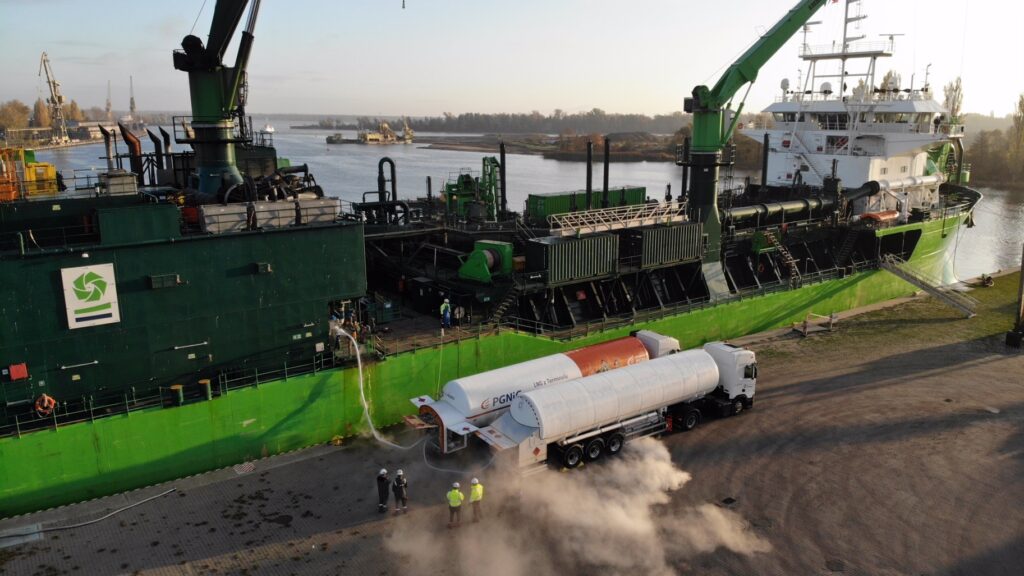