A number of safety measures were disregarded resulting in a collision on February 11, 2015, between the UK registered containership Ever Smart and the Marshall Islands registered tanker Alexandra 1, in Jebel Ali, UAE, according to a report released by UK Marine Accident Investigation Branch.

In particular, a passing arrangement was not agreed or promulgated to all parties and the actions of both masters were based on assumptions, also the pilot’s departure from Ever Smart was premature.

Furthermore, the report found that Alexandra 1 was unnecessarily close to the channel entrance and the tanker’s master acted on scanty VHF radio information. Alexandra 1’s AIS was not operating so information such as vessel names was not readily available on board the tanker, the containership or to the vessel traffic services.

In addition, Ever Smart’s bridge team did not keep a proper lookout or monitor the tanker’s movement. They only realised that Alexandra 1 was close ahead seconds before the collision when alerted by the port control.

The study of the collision found that the precautions of pilotage and the port’s vessel traffic service, which would normally co-ordinate and de-conflict the movements of vessels in the port area, were ineffective on this occasion.

The two vessels collided near the entrance to the buoyed approach channel in Jebel Ali, United Arab Emirates.

The containership was outbound at a speed of 12 knots and had disembarked its pilot, while the tanker was inbound and was moving very slowly ahead while waiting for the pilot from the containership to board.

Both vessels suffered major structural damage to their bows but there were no injuries or pollution.

The report also includes a recommendation to DP World UAE Region, the operators of Jebel Ali port, to improve the effectiveness of the vessel traffic and pilotage services it provides. 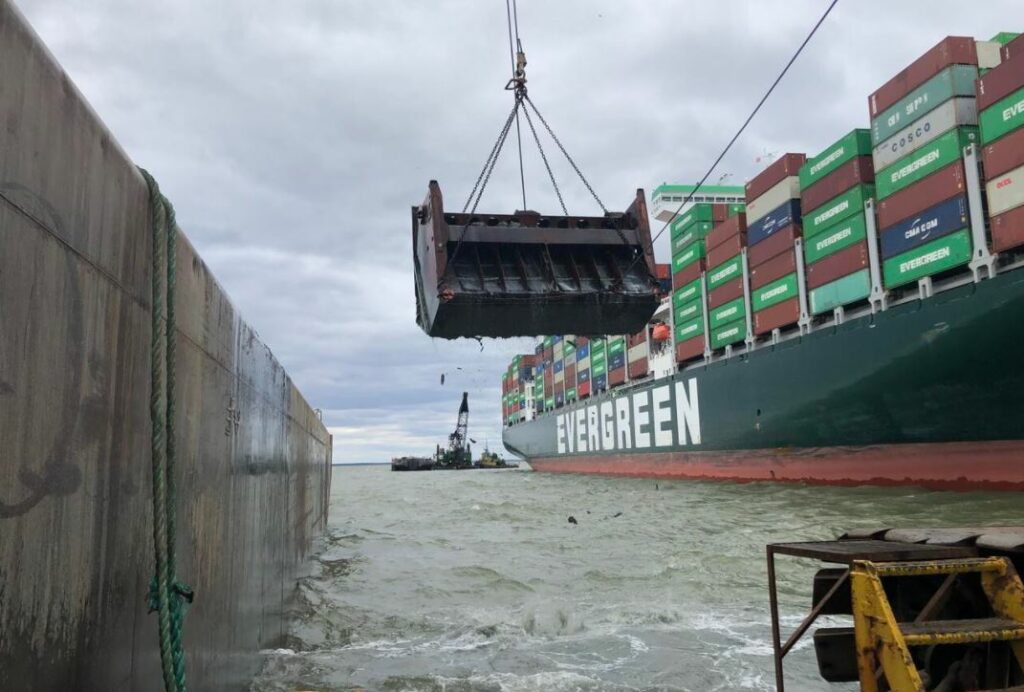