After years of planning and preparation, construction of an entirely new terminal in the outer area of the Port of Gothenburg has started.

The 220,000 square metre terminal, scheduled for completion around 2025, will be constructed using 350,000 cubic metres of dredge spoils from the river, the Göta Älv. The first phase of the project started with piling earlier this week.

“It feels very exciting indeed that we can finally break ground in the biggest development project at the port since the 1970s. The terminal is a vital part of the long-term expansion plans at the port, and it will reinforce Gothenburg even further as the logistics capital of the Nordic region,” said Magnus Kårestedt, Gothenburg Port Authority chief executive.

The spoils are placed in an embanked area in the Arendal Bay and cement and slag are used as binding agents. To ensure the spoils can be enclosed safely without them seeping into the surroundings, a series of comprehensive field trials have been conducted, both in a laboratory setting and in a small test basin in Arendal Bay, the port authority explained.

“The first piles are about to be put into place and this will continue through to the end of the year. Around 1,500 piles will need to be in place before we can enter the next phase, which will involve building embankments from blasted rock above the piling,” Eduardo Epifanio, project manager at the Gothenburg Port Authority, said.

Although it is set to be completed in 2025, certain sections of the terminal are expected to be brought into operation before then. 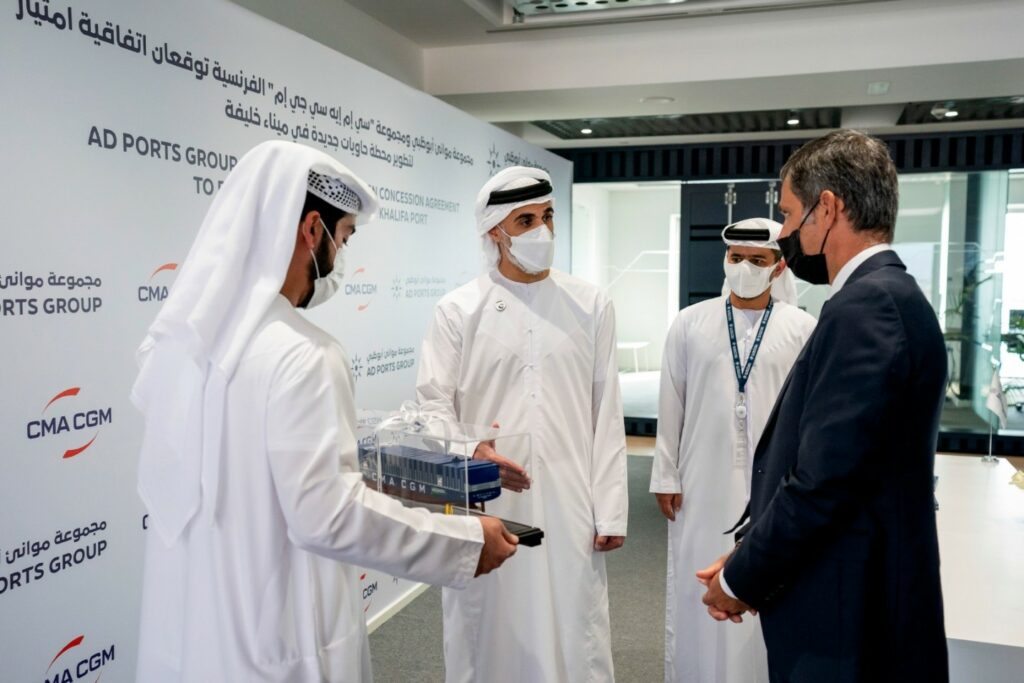 CMA CGM, AD Ports to build new terminal at Khalifa Port
Posted: about 1 month ago
Port of Gothenburg to connect tankers to shore power from 2023
Posted: 4 months ago
Horisont Energi and Koole join in on ammonia terminal at Port of Rotterdam
Posted: 17 days ago