Port of Rotterdam made further steps in their aim to promote LNG as shipping fuel so now seagoing vessels can bunker LNG in the port. Up to now, only inland shipping was able to perform this operation in the Seinehaven.

The Municipality of Rotterdam took over the proposals of the Port of Rotterdam Authority Harbour Master to that end and amended the Rotterdam Port Management Bye-laws accordingly. The legislative amendment is a huge impulse for the introduction of LNG as fuel for shipping. LNG is cheaper and cleaner for the environment than fuel oil, the traditional shipping fuel. It is anticipated that many ports will follow the example of the port of Rotterdam as largest European port.

The legislative amendment is in line with the aim of the Port of Rotterdam Authority to promote the use of LNG as shipping fuel and to become a leading LNG hub. The Port Authority previously supported an initiative of Gate to open an LNG terminal on the Maasvlakte in 2011. Facilities in the Seinehaven were opened last year allowing inland shipping to bunker LNG from an LNG tanker. The European Union (EU) supports these initiatives warmly. A subsidy of €40 million was awarded at the end of last year to stimulate the use of LNG as shipping fuel on European waters. This concerns the LNG Masterplan for Rhine-Main-Danube, in which the Port Authority plays an important coordinating role. The Dutch LNG Platform also supports the use of LNG by trucks, inland and seagoing shipping.

The Port Authority has worked intensively over the past two years with other ports to achieve a legislative amendment which enables LNG-fuelled vessels to bunker from an LNG bunkering vessel. “That was a major condition of the general introduction of LNG,” according to Harbour Master René de Vries.

“In the ten hours they stay in the port of Rotterdam, container ships should be able to bunker at the same time as they transfer cargo. This is only possible, if it happens ship-to-ship. And that is now possible,” adds de Vries.

The new rules also imply that LNG may only be bunkered at designated locations within the Municipality of Rotterdam. The legislation is based on national and international safety studies and laws and regulations, standards and best practice guidelines of other ports. 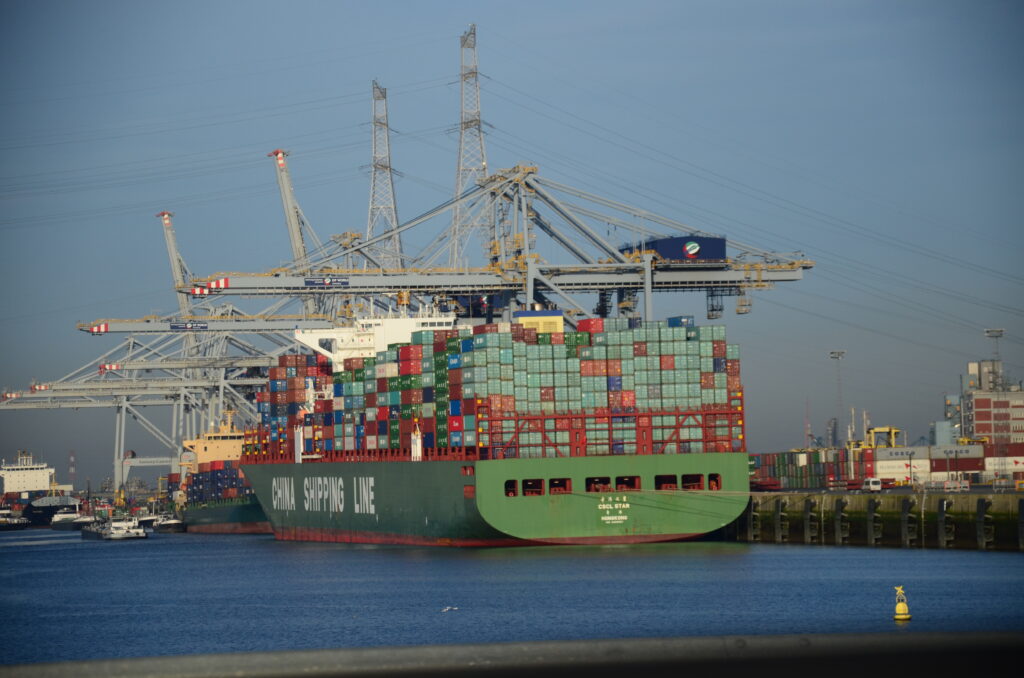