Gas has been introduced onto Shell’s Prelude floating liquefied natural gas (FLNG), representing a significant milestone for the facility.

As explained, this is a moment of firsts for Prelude and an opportunity to test processes and systems before the subsea wells are opened at start-up.

The Gallina, an LNG Carrier from Singapore, carried out the import.

It’s the first time a vessel has berthed side by side with Prelude and tested its offloading arms, in reverse order to show this will work once Prelude is operational, according to Shell. Prelude’s offloading arms have been specifically designed to ensure safe offloading while both the facility and the Gallina are moving. In this case, the offloading arms transferred the LNG from the Gallina to Prelude.

Once onboard, the LNG makes its way through process equipment and pipework and is stored within tanks in the hull of the facility. These tanks have been designed to withstand the ‘sloshing’ of the product that could happen due to the movement of Prelude. Four of the huge LNG tanks, at 39,000 cubic meters each, are now full, Shell said.

With gas onboard, Prelude’s utilities can now switch to run on gas rather than diesel.

“Introducing gas onto Prelude is an important step towards start-up but there is a lot of work to do before we get there,” Didrik Reymert, Prelude Project Director, commented.

The next step will be to test and ready the LNG plant on board Prelude in preparation for opening the wells. This is followed by a period called start-up, ramp-up. Finally, LNG production will come after this.

Believed to be the world’s largest offshore facility ever constructed, Prelude FLNG was built at South Korea’s Samsung Heavy Industries’ Geoje shipyard. The 488-meter-long facility arrived in Australia in September 2017, after a journey of nearly 6,000 kilometers. 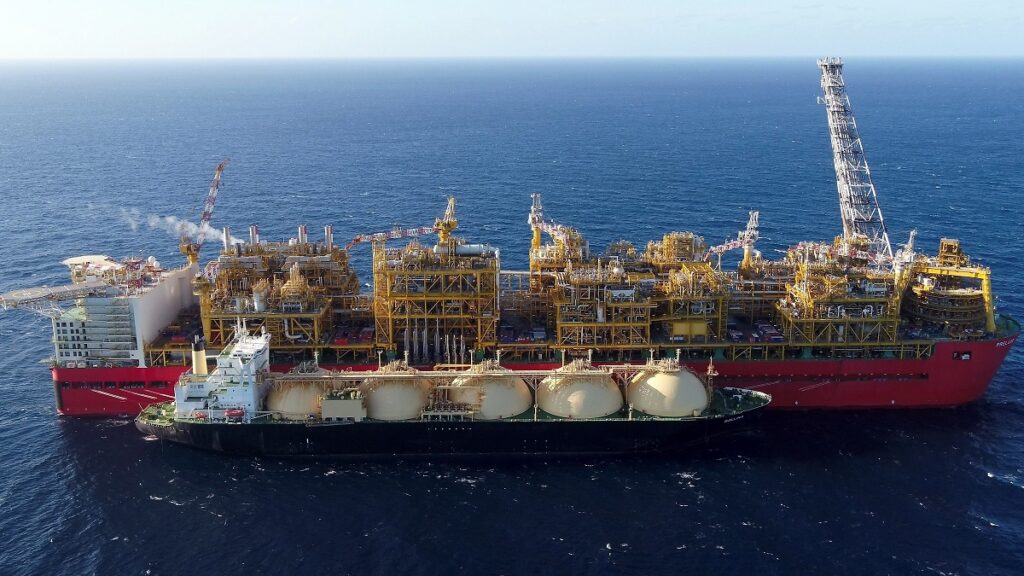