After months of construction the Prelude team faces its greatest challenge yet. The two giant sections of the hull are complete; now they must join together. It’s an operation that has been years in the planning. Join the team as they shift over 100,000 tonnes of steel to make it happen.

Once complete, the 600,000 tonnes facility will be almost half a kilometre in length (488 metres or 1,601 feet), which is longer than four soccer fields, and will displace six times as much water as the largest aircraft carrier. It will be moored and hooked up to the undersea infrastructure, around 475 kilometres north-east of Broome, Western Australia.

Despite its huge dimensions, the facility is only one-quarter the size of an equivalent plant on land. Shell’s technology has been adapted for floating LNG, and engineers designed components that will stack vertically to save space. The cooling plant, for example, will be placed above the vast storage tanks that have a capacity equivalent to around 175 Olympic swimming pools. Specially designed tubes, known as risers, will draw 50 million litres of cold water from the ocean every hour to help cool the natural gas. 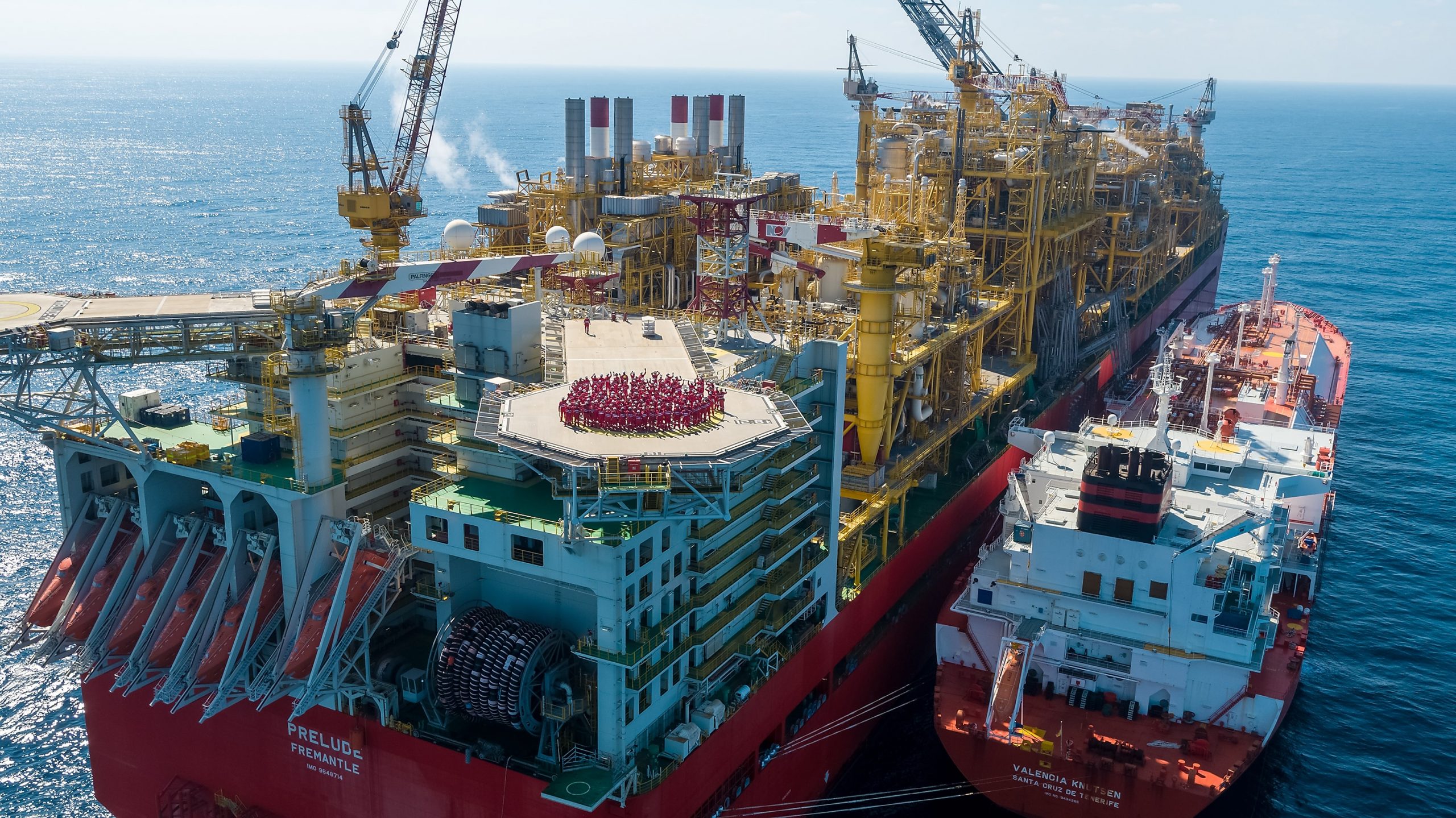