CGX Energy Inc. announced that it has entered into a seismic contract with Prospector PTE. Ltd. to conduct a 3,116.74 km2 3D seismic survey on the Company’s 100% owned Demerara Block, offshore Guyana.

“We are very pleased to have Prospector as a significant equity partner in the Company. This transaction offers the Company the opportunity to engage a world-class geophysical services firm while also preserving cash in the short-term.”

“The Guyana-Suriname Basin is an exciting new frontier that has increasingly demonstrated the potential for hydrocarbons and is gaining significant international exploration attention. By brining together CGX Energy and Prospector, two companies with extensive experience in frontier basins, we believe we are creating an opportunity for success in this demanding region.”

Prospector will deploy their modern 12-streamer 3D seismic vessel known as the “R/V BGP Prospector” that was specifically constructed for serving the high-end 3D, 4D and wide azimuth marine seismic survey market. The vessel is outfitted with ION’s DigiSTREAMER seismic data acquisition system. It has a solid gel design that reduces the risk and noise during broad bandwidth data recording.

The Demerara Block is comprised of an area spanning 3,953 km2 in the highly prospective Guyana-Suriname Basin. The initial phase 1 work commitments are comprised of a 3D seismic survey consisting of a minimum of 1,000 km2 and the associated processing and interpretation.

The 3D seismic survey will cover substantially all of the Demerara Block and will provide detailed information on the reservoir distribution and structural integrity of the current leads. Ultimately, this 3D seismic survey will allow CGX Energy to better rank its prospects in the Guyana-Suriname Basin and define future drilling locations.

“CGX Energy has an extensive exploration track record in Guyana. Once again, we have illustrated our commitment to Guyana by significantly exceeding the minimum work commitments on the Demerara Block.” 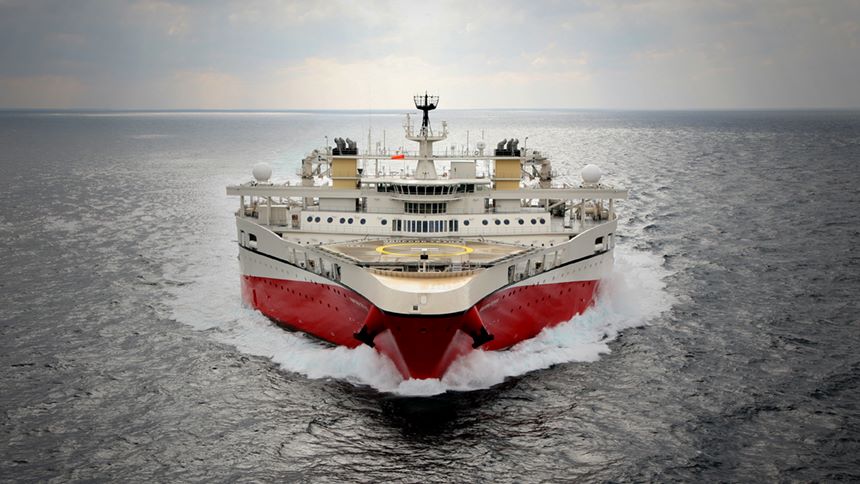