Providence Resources P.l.c., the Irish oil and gas exploration and appraisal company, has announced its preliminary results for the year ended 31st December 2013.

Throughout 2013, the Company has continued to focus on progressing the multi-well drilling programme offshore Ireland. This is the largest and most comprehensive drilling programme ever undertaken offshore Ireland, representing an investment of over $500 million by Providence and its partners. The programme covers a range of exploration and appraisal/development wells, spread across six different basins. Two wells, Barryroe (2012) and Dunquin (2013), have already been completed and pre-drill operations and planning are underway for the remaining four wells to be drilled at Spanish Point, Dragon, Polaris and Kish Bank.

During 2013, post well analysis of the Barryroe well was completed, with the most notable out turns being the publication of the Netherland, Sewell & Associates, Inc (“NSAI”) resource audit (CPR) on Barryroe, the results from the newly processed 3D seismic data, the announcement of the phased development programme for Barryroe and the launch of the industry-wide farm out campaign, where the Company is currently in negotiations with a number of parties.

In July 2013, the Dunquin North exploration well confirmed the presence of an active oil-prone petroleum system, which has opened up the petroleum prospectivity of the southern Porcupine Basin in general, and the Dunquin South and Drombeg prospects, in particular.

The Company further consolidated its acreage portfolio offshore Ireland, through competitive applications, resulting in the award of the Silverback Licensing Option in the South Celtic Sea Basin and the conversion of the Spanish Point South, Drombeg and Newgrange Licensing Options into Frontier Exploration Licences. Applications were also made for Lease Undertakings for the Helvick, Hook Head and Dunmore oil discoveries.

The Company has continued to attract new partners to offshore Ireland, most notably with the arrival of Cairn Energy as Operator at Spanish Point and ABT Oil and Gas agreeing a staged farm into Helvick and Dunmore.

In June 2014, the Company entered into a new financing facility for US$ 24 million with Melody Business Finance LLC. This facility, which matures in June 2015, provides additional general working capital to finance the forward programme of the Company.

– Following the divestment of the UK onshore operations in 2012 and sale completion in February 2013, the Company has revenue for two months, which is classified in discontinued operations;

– For the year to 31 December 2013, the Company recorded an operating loss of €7.230 million compared to a loss of €5.432 million in 2012, as a result of higher administration expenses directly related to an increased level of activity across its portfolio;

– In June 2014, the Company entered into a US$ 24 million general working capital facility with Melody Business Finance LLC, a US based financial provider.

Commenting on activity during 2013 and the future plans offshore Ireland for 2014 and beyond, Tony O’Reilly, Chief Executive of Providence, said:

“2013 has been a very busy year for the Company with plenty of activity across the portfolio of assets.

“Following the Company’s drilling success at Barryroe in 2012, the Company’s main focus has been on the commissioning of a third party resource audit, its publication and conducting a farm-out process. Through this process, we are working to affiliate with an appropriate strategic partner to take the field through detailed appraisal and, ultimately, into production.

“Ireland’s offshore oil and gas sector is growing at the fastest pace in years. Providence’s leadership position, combined with the entry of an increasing number of new industry players, means that Ireland can now look to develop a meaningful oil and gas industry. It is notable that 2013/14 has seen the highest level of licence activity offshore Ireland and this obviously bodes well for the upcoming Atlantic Margin Licensing Round, which was announced earlier this month. Providence plans to be a major player in this upcoming licensing round. On the same day, the Irish Government also announced new fiscal terms for the industry. The clarity and certainty that now exists in relation to Ireland’s fiscal terms will make it easier for international companies to participate in this upcoming licencing round. We welcome the Irish Government’s decision that the fiscal terms will not be changed for existing licences.

“Looking ahead, we are optimistic for the prospects for the Irish oil and gas sector. Providence fully intends to carry on leading the way on behalf of shareholders in identifying and realising the significant potential that exists offshore Ireland.” 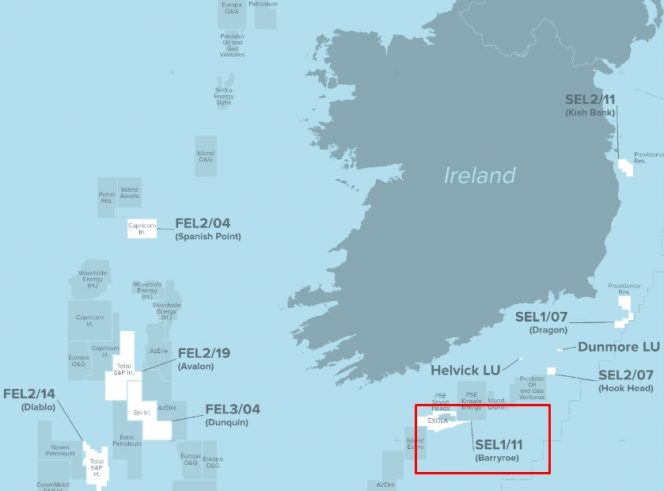