Swedish engineering group Alfa Laval saw a significant drop in demand for its exhaust gas cleaning systems (scrubbers) during the first quarter of this year, the company said in its quarterly report.

The order intake was down year-on-year amid general uncertainty around retrofit yard slot availability due to the COVID-19 pandemic especially impacting shipbuilders in China as well as the long term availability and price of new fuels and freight rates.

Namely, the recent quarter has seen a major drop in compliant fuel prices narrowing the spread between high sulphur fuel oil (HSFO) and very low sulphur fuel oil (VLSFO) to $67 per metric tone in April in Singapore, a major downturn from $350 per mt in January 2020.

The narrowing of the fuel price spread has raised many eyebrows in the industry with regard to the investment case for scrubbers.

However, Alphaliner said in its latest weekly report that scrubber retrofits are continuing despite the drop in scrubbers’ profitability.

Data from the consultancy shows that 20 ships entered shipyards for scrubber retrofits in April, joining 35 ships that entered yards in March.

According to Alfa Laval, the lower demand in scrubbers was compensated for by increased demand for pumping systems.

“The underlying market sentiment was positive until the sharp contraction in oil price in the beginning of March,” the company said.

Orders received during the quarter equaled to SEK 11.8 billion, compared to SEK 12.2 billion a year earlier.

The company expects demand in the second quarter to be lower than in the first quarter due to the overall impact on the global markets from the pandemic and has been on a mission to cut costs. Given the market conditions, the company’s business performance for the second quarter, and onwards will be negatively impacted.

To that end, the company’s Board of Directors has withdrawn the dividend proposal for 2019 to preserve cash.

“Capital expenditures slowed down with 50 percent in the quarter compared to last year. R&D expenses increased compared to last year on the back of continued high product launching activity. Going forward, R&D costs, as well as sales and administration costs, are planned to decrease considerably,” Tom Erixon, President and CEO, said.

He added that the previously announced fixed cost reduction program of SEK 1 billion is on track and is expected to have a full effect by the end of the second quarter.

“The company is well prepared to adjust the organization to future demand fluctuations. With the recent announcements to withdraw the dividend proposal for 2019 and the prolongation of the existing revolving credit facility with one year until 2022, Alfa Laval has secured the long term financing,” Erixon added. 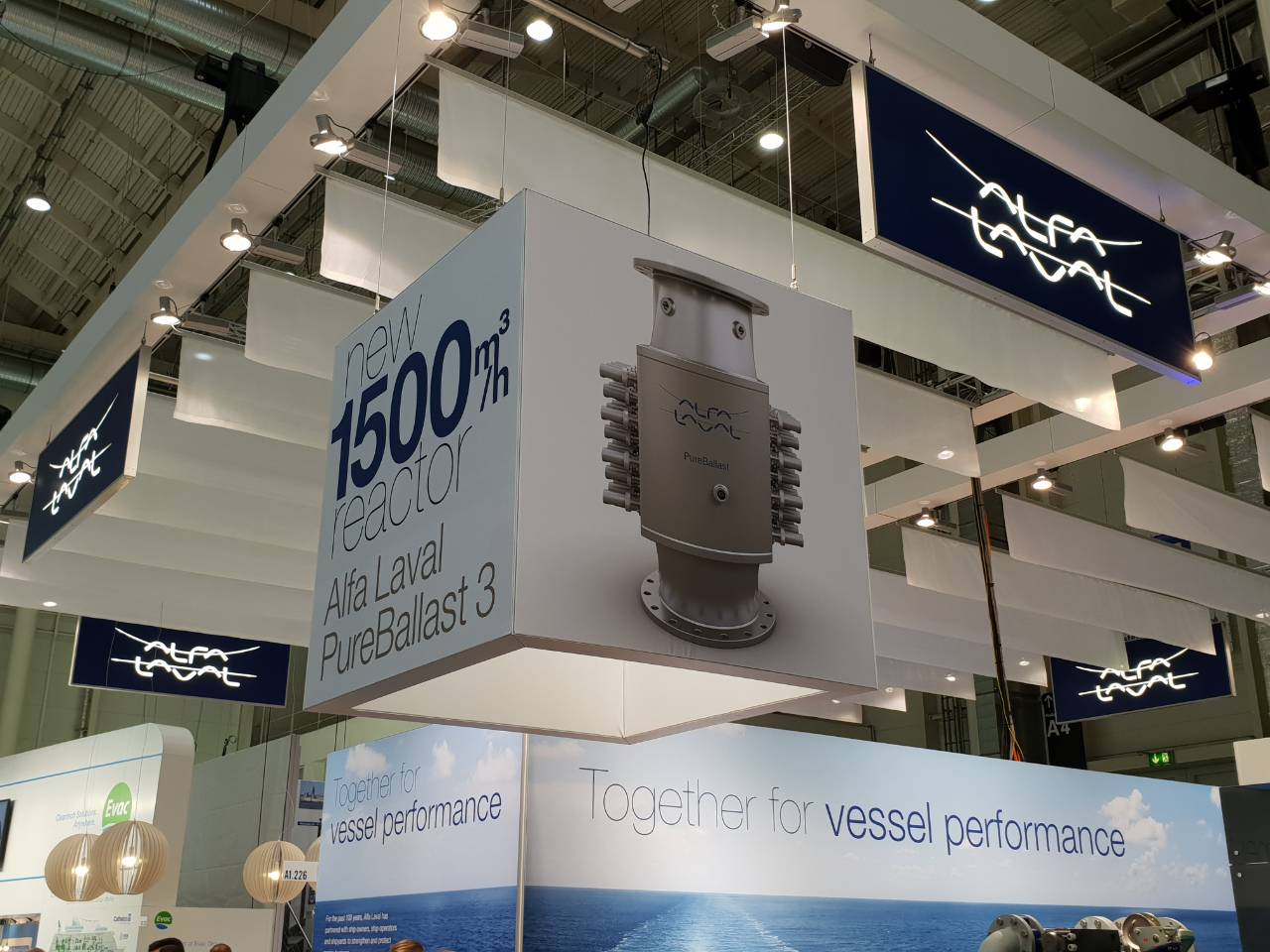