Qatar Petroleum has entered into an agreement with Italian oil and gas company Eni to acquire a 35% participating interest in three offshore oil fields in Mexico.

The sale and purchase agreement was signed on Sunday, December 16 by Saad Sherida Al-Kaabi, Minister of State for Energy Affairs and President & CEO of Qatar Petroleum, and Claudio Descalzi, Chief Executive Officer of Eni.

The agreement is subject to the authorization by the Mexican authorities and Eni will continue to be the operator.

The agreement cover the Amoca, Mizton, and Tecoalli offshore oil fields, which lie in Area 1 in Mexico’s Campeche Bay.

Area 1, located in the shallow waters of the Campeche Bay, was awarded to Eni with a 100% participating interest in a competitive bid round in September 2015 and the Production Sharing Contract was signed in December 2015. It is estimated to hold 2.1 billion barrels of oil equivalent in place (90% oil) in three offshore fields.

The development of Area 1 will be phased, initially with an early production phase with startup planned in mid-2019, through a well head platform located on the Miztón field. Production will be sent onshore through a 10” multiphase line and then treated at an existing Pemex facility.

Early production plateau will be 8,000 barrels of oil per day (bopd). Full field production will start in early 2021 utilizing a floating production, storage and offloading (FPSO) vessel with a treatment capacity of 90,000 bopd. Two additional platforms will be installed on the Amoca field and one on the Tecoalli field.

Area 1 oil production plateau will be 90,000 bopd and 65 million standard cubic feet per day (Mscfd) for a total of 102,000 barrels of oil equivalent from 2021. This week Eni took the Final Investment Decision (FID) for the development of Area 1, with capex estimated at 2 billion dollars.

Al-Kaabi said: “Qatar Petroleum is pleased to enhance its fruitful cooperation and partnerships with a major energy player like Eni. We are also excited about participating in this development in Mexico’s Campeche Bay, and with first oil production expected by mid-2019, we look forward to collaborating with Eni to ramp up production to around 90,000 barrels of oil per day by 2021.”

Descalzi commented: “I am extremely satisfied to sign this agreement, which falls within the scope of a broader strategic cooperation with our long-term partner Qatar Petroleum in Mexico and elsewhere. I am also proud that Area 1 development is on track to provide the first offshore production by a foreign company after the Energy Reform in Mexico.”

Eni is already a partner with Qatar Petroleum in Block 24 in Mexico, located in in the deep waters of Cuenca Salina Basin, where Eni is the joint venture operator with a 65%participating interest. 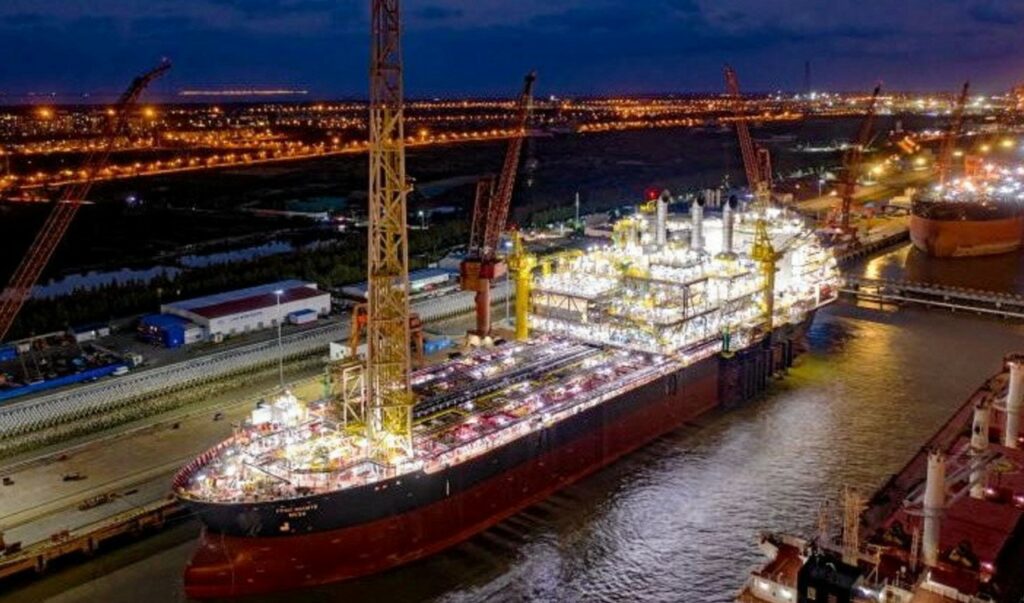