RenewableUK has welcomed the announcement by the UK government on new Contracts for Difference (CfD) auctions for offshore wind, emphasizing that it means the UK’s offshore wind capacity is set to nearly double over the next decade.

The government’s commitment to support an additional 2GW of offshore wind per year in the 2020s could deliver up to 16GW of new capacity, adding to the country’s currently operational 7GW.

The new capacity is expected to generate approximately 20% of UK power, compared to 6% generated in 2017, RenewableUK said.

“This is a ringing endorsement by Government of our world-leading offshore wind industry and its ability to deliver for UK businesses and British industry. Boosting our ambitions for offshore wind is win for consumers, as offshore wind is now one of the cheapest options for new power in the UK,” RenewableUK’s Chief Executive, Hugh McNeal, said.

“Today’s announcement confirming the budget and timing of new auctions, sets us on the path to deliver the tens of billions of pounds of investment that will be needed to meet our ambition of at least 30 gigawatts by 2030. This is good news for domestic supply chain which can look forward to a pipeline of new offshore wind projects that will support tens of thousands of jobs across the UK.”

The UK government has recently committed to opening CfD auctions for offshore wind every two years from 2019 throughout the 2020s, with the first allocation round scheduled for May next year.

The announcement is part of a GBP 557 million package to support the development of less established technologies, such as offshore wind and remote island wind.

“As well as cost-effectively reducing carbon emissions to meet our climate change targets, the offshore wind sector is powering the clean economy, bringing investment, skilled jobs and supply chain opportunities to businesses up and down the UK,” said Benj Sykes, Co-Chair of the Offshore Wind Industry Council and UK Country Manager at Ørsted.

According to Sykes, the proposed transformative ambition to deliver at least 30GW by 2030, enough to meet more than a third of the UK’s electricity needs, could increase exports five-fold, create thousands of skilled jobs and reduce electricity system costs. 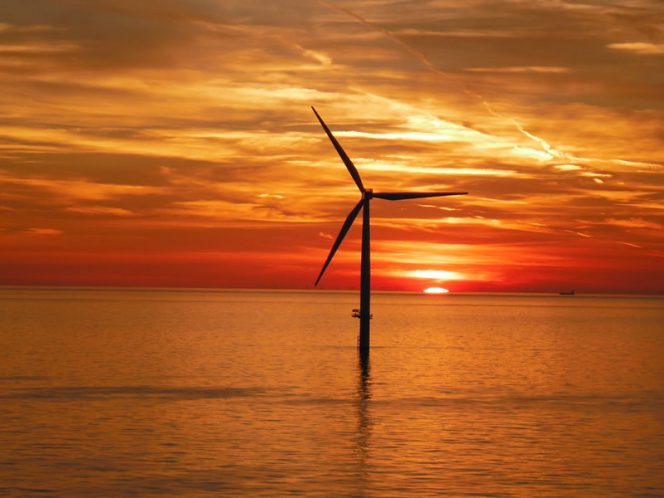