Turkish navy on Friday reportedly threatened to use force against Eni-operated Saipem 12000 drillship, after the rig’s captain tried to move the drillship to the Block 3 offshore Cyprus.

The drilling vessel, which recently struck a potentially large gas discovery off Cyprus, has been blocked from moving to the offshore Block 3 for two weeks now, after the Turkish warships placed themselves in its way on February 9, on the grounds of conducting naval exercises in the area.

According to Cyprus Mail, the drillship’s captain, after consulting Eni, on Friday morning tried to move the rig to the Soupia well location at the Block 3 in the disputed area of the Mediterranean Sea, however, it was then stopped by five Turkish warships.

The news website cited Cyprus Government’s spokesperson Victoras Papadopoulos who said that the drillship was forced to return after the Turkish warships threatened to use force.

Both Turkey and the breakaway state of the Turkish Republic of Northern Cyprus – recognized only by Turkey – have accused the internationally recognized government of Cyprus of unilaterally conducting hydrocarbon exploration only for the benefit of the Greek side, without taking into consideration the Turkish Cypriots’ interests.

Cyprus’ recently reelected president Nicos Anastasiades earlier this week said the government’s “goal is to fully explore Cyprus’s hydrocarbon potential, in the best terms possible, so as to maximize the benefits for all the people of Cyprus,” dismissing the Turkish side’s accusations as unfounded and unjustified.

As for the drillship in question, Eni will probably not try again to send the vessel to the Block 3 for the time being, as the company’s CEO Claudio Descalzi on Thursday said the drillship would move to Morocco in coming days. The expected move to Morocco does not mean the rig will not be returning back to Cyprus.

Reuters has cited Descalzi who said that Eni will not relinquish its interests in the area, but will wait for the “for international, European, Turkish, Greek and Cypriot diplomacy to find a solution.”

Worth noting, Eni would’ve moved the drillship to Morocco anyway, as it has previously been reported that the company would use the Saipem 12000 to drill a well in the Rabat Deep Offshore license in Morocco, starting in March 2018.

Cyprus’ president Anastasiades met with President of the European Council Donald Tusk on Thursday to discuss the issue with Turkey and its Exclusive Economic Zone.

To remind, a few days after the initial standoff between the Saipem 12000 and the Turkish naval ships earlier in February, Tusk called on Turkey “to avoid threats or actions against any EU member and instead commit to good neighbourly relations, peaceful dispute settlement and respect for territorial sovereignty.”

Meeting with President @AnastasiadesCY on the situation in Cyprus’ exclusive economic zone ahead of tomorrow’s informal #EUCO. pic.twitter.com/AAvs7l5QDf 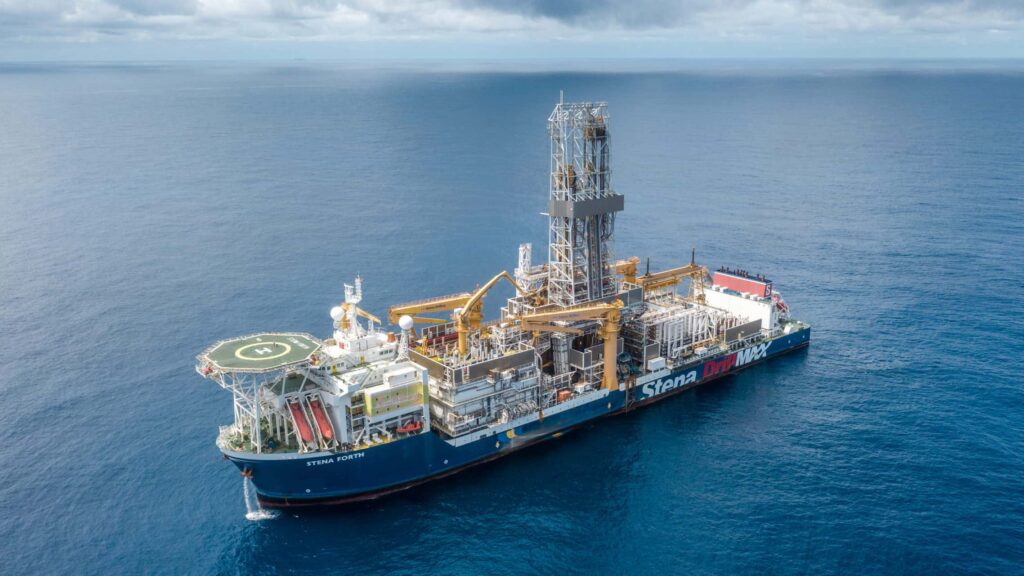