Hyundai Heavy Industries (HHI) is reportedly planning to sell its Onsan factory as part of cost-cutting measures aimed at curbing the impact of the dryspell in the offshore shipbuilding sector, according to the Pulse.

The facility used to produce offshore modules and had a workforce of around 1,000 people. However, since the downturn of the offshore oil and gas sector, lack of newbuilding orders has put the facility out of work since 2016.

The South Korean shipbuilder revealed earlier this year that it would temporarily shut down its offshore shipyard due to a lack of orders.

The facility will run out of work by the end of July when it finalizes its last order secured in November 2014. It is scheduled to close its doors in August 2018, marking the first time it shuts down since the start of operations in 1983.

The shipbuilder opted for the move as it cannot afford the yard’s operations until it receives new orders. HHI has not been able to fetch any new deals for offshore units in the past three years. 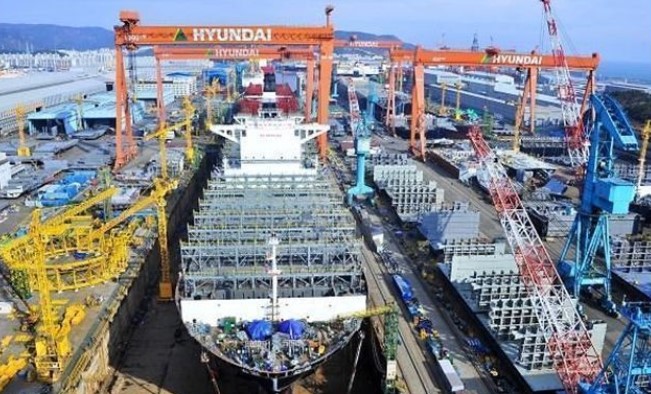