New Age ltd, an oil and gas company working to develop an offshore gas field in Cameroon, has reportedly signed an important gas agreement with the government of Cameroon to develop the Etinde field using a newly built FLNG unit.

The Etinde Permit lies in shallow water adjacent to the coast. It is operated by NewAge with Lukoil and Bowleven as the partners.

According to the UK Department for International Trade, the London based oil and gas company, New Age, and the Cameroon Government have agreed a deal which will see the development of the Etinde gas field using a floating gas facility.

“The project is of huge importance to the African country, who will be able to ramp up their gas export operation, in turn generating a huge revenue stream for the public treasury, whilst also helping to develop offshore infrastructure in support of future local power generation,” the UK Department for International Trade said in a statemen on Friday.

The department did not disclose the details of the deal, however, New Age tweeted on Friday it had signed a gas convention agreement with the Government of Cameroon

‘UK in Cameroon,’ the twitter account of the British High Commission in Cameroon tweeted that the Etinde project in Limbe by NewAge will generate more than 350 skilled local jobs in both offshore and land-based roles.

Offshore Energy Today has reached out to New Age and its partner Bowleven, seeking more info.

In the meantime, according to what appears to be a press release issued by New Age’s subsidiary CMLNG, as found on Oil Voice, the agreement entails the use of a newly built FLNG vessel to be constructed by a consortium led by SBM Offshore, together with JGC Corporation and Chinese partners.

According to the statement on Oil Voice, Steve Lowden, Chairman of New Age LNG Limited, said: “I am delighted that New Age LNG and the Cameroon Government have agreed fiscal terms to launch Cameroon’s largest gas project.

“The outlook for LNG markets is structurally attractive through the first half of the next decade when our project will be coming on stream. As well as providing a major source of local employment, the project is expected to generate significant tax revenue annually, becoming a material contributor to the local economy. I look forward to working closely with the Cameroon Government and our other partners to successfully develop this important project.” 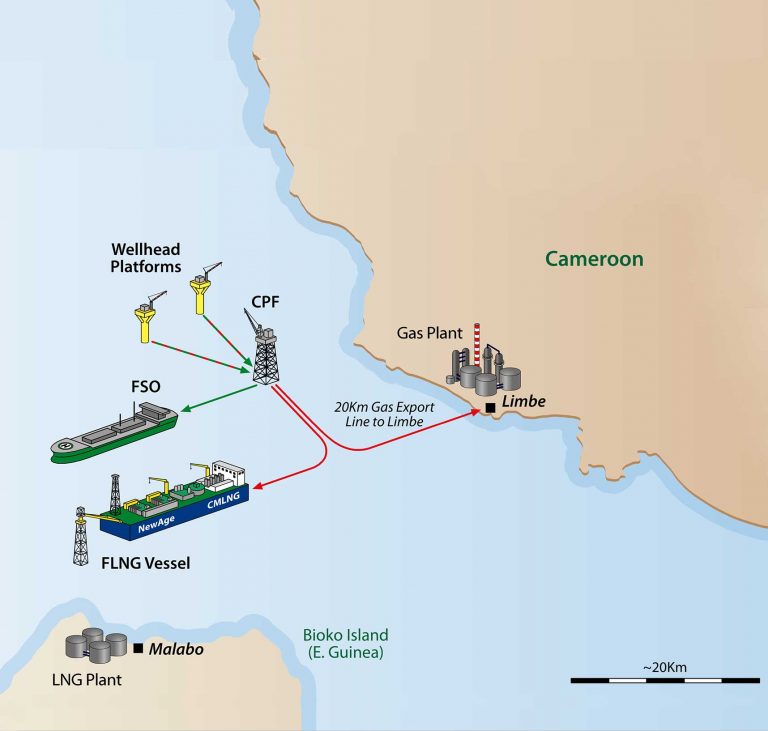