The negotiations come on the back of DSME’s latest debt restructuring plan aimed at saving the country’s financially troubled shipbuilder.

If the pension fund, which holds around one third of bonds sold by DSME, does not accept the proposed measures, the rescue package for the shipbuilder may be compromised, Yonhap earlier informed.

The rescue plan was unveiled in late March by DSME’s creditors Korea Development Bank (KDB) and Export-Import Bank of Korea (KEXIM). Under the proposal, the state lenders said they would inject fresh funds of KRW 2.9 trillion (USD 2.6 billion) only in return for stakeholders’ agreement on debt restructuring and DSME’s intensive self-rescue efforts.

The proposed restructuring plan sets out three key principles, that debt restructuring should come first, financial assistance should follow later, and that all stakeholders should bear a burden of losses.

If stakeholders fail to agree on voluntary debt restructuring, DSME would turn to an alternative solution of so-called ‘Pre-packaged Plan’ (P-Plan) with creditors’ consent.

“If DSME goes bankrupt, it would cause huge losses not only to the shipbuilding industry itself but also to the Korean economy as a whole, given its importance as the world’s top-class shipbuilder as well as its role as a powerful job creator in the domestic economy,”  said.

DSME had an order backlog of 114 vessels worth USD 34 billion as of the end of 2016. However, new orders last year amounted to mere USD 1.54 billion that fell far short of its previous estimate of USD 11.5 billion.

According to auditors’ estimate, DSME could face a capital shortage of up to KRW 5.1 trillion over the next two years under a worst case scenario, South Korea’s Financial Services Commission (FSC) informed.

DSME’s president Jung Sung-leep was cited by Yonhap as saying that the company is expected to see a turnaround in the first quarter of the year. The president also informed that he is confident that the shipbuilder will report good business results for the remainder of the year. 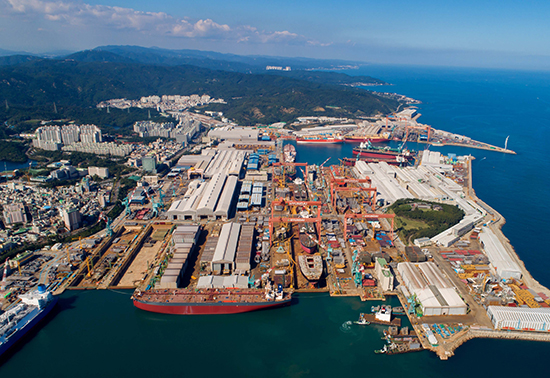