Researchers Study the Use of Resources from Sea

In “World Ocean Review 3”, maribus has published a profound analysis of the opportunities and risks associated with the use of the oceans. The study was conducted in cooperation with the cluster of excellence “The Future Ocean” in Kiel, Germany.

The hunger of mankind for raw materials continues unabated. Oil consumption has doubled since the early 1970s, and the demand for mineral resources is increasing with the ever growing use of metals, such as copper, nickel or cobalt, in electronic products like smart phones, solar panels or hybrid cars.

The raw material deposits at the bottom of the oceans are coming more and more into the focus of interest. But when will mining become economically feasible? Which environmental risks must be considered? And who then may claim the deposits located in international waters?

The “World Ocean Review 3 – Raw materials from the Sea – Opportunities and Risks” (WOR 3), published by the non-profit organization maribus gGmbH with the support of the magazine mare, the International Ocean Institute (IOI) and the Cluster of Excellence “The Future Ocean”, describes in detail the known metal and energy commodities in the oceans and illuminates in a scientifically sound and for the layman comprehensible manner the opportunities and risks of mining operations and the use of raw materials in the sea. The new report provides facts about the amount of known oil and gas reserves and the solid gas hydrate deposits below the seafloor. Furthermore, it elaborates on the potential of mineral resources such as manganese nodules, cobalt crusts and massive sulfides. In addition, the report focuses on the responsibility of the international community for environmentally sound exploitation and the international legal challenge for socially just distribution of resources in international waters.

“The use of the oceans will increase in the future. In order to have environmentally sustainable resource extraction from the sea and from the coastal areas, all stakeholders must work together on achieving sustainable solutions,” says Martin Visbeck from GEOMAR Helmholtz Centre for Ocean Research Kiel and speaker of the Cluster of Excellence “The Future Ocean”.

In contrast to rapidly renewable resources, such as fish or shellfish, mineral and energy resources are formed only over the course of many millions of years. There is a finite amount of resources that can be extracted only with great technical effort.

“When huge business opportunities lurk beyond our perception, there is a risk not only to the environment but also to basic human rights and social justice. In particular, large corporations – which have produced oil in West Africa for many years – saw no need in the past to protect nature or to give the local population a fair shot at participating in the oil-related revenues,” says Nicholas Gelpke, publisher of mare and founder of maribus gGmbH. 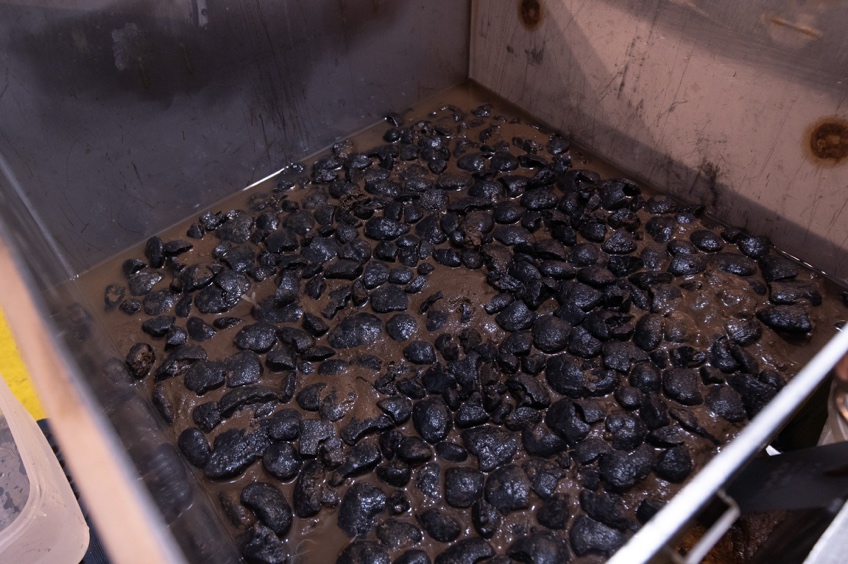