In this article, Maritime Holland looks at two coasters, which are specifically converted for efficient roll-on/roll-off (RoRo) transport of large components for the wind farm industry.

The short sea shipping and container shipping markets are in a crisis. While in the Netherlands several ship owners have filed for bankruptcy recently, elsewhere in the world a record was broken with the sale for scrap of a container vessel, which was only ten years old.

At the same time, the overcapacity of ships in this segment creates opportunities. While versatility was the trend only a few years ago, the tendency has now shifted to very specialised vessels, tailored to do a specific task in the most efficient way.

The project comes from the drawing boards of Concordia Group, a shipbuilder and shipbroker based in Werkendam, the Netherlands.

Traditionally, the Concordia Group was mainly involved in inland waterway vessels – built in China and outfitted in the Netherlands – but it has diversified into seagoing vessels in recent years. At the request of Siemens, one of the major players in the offshore wind industry, Concordia developed two vessels for transporting wind turbine components between production and installation facilities in Europe.

Chris Kornet, CEO of Concordia Group: “As a basis we used two existing vessels: Rotra Vente was converted from the vessel formerly named Flinter Coral. Rotra Mare was a sister vessel formerly named Flinter Crown.” Rotra Vente will be mainly used to transport the nacelles and blades of windmills, while Rotra Mare will mainly transport the towers and the blades.

To carry out the modification works, Concordia contracted their neighbor across the Merwede river, Holland Shipyards. For each of the vessels, the cargo hatch covers were removed and instead a very solid, completely flush 2,000 square metres main deck was created, with a maximum payload of 17.5 tons per square meter. The space below – the former cargo holds – became support structures, ballast tanks and void spaces.

The most visible modification to the vessels was done at the bow. The loading and unloading of the heavy components will be done on wheels with self-propelled modular transporters, as this creates independence of crane infrastructure at both the loading and offloading site, to be more cost-effective and independent of wind conditions. The multi-wheeled vehicles will roll onto the main deck over a bow ramp, which extends towards the quay with a hydraulic system.

Since the accident with the Herald of Free Enterprise (Zeebrugge, 1983), roll-on/roll-off vessels are required to have a watertight compartment at the bow, which usually consists of the bow door and a second watertight door a few metres behind. On Rotra Vente and Rotra Mare, a very innovative solution was created for this.

Rather than using two watertight doors, the entire forecastle is an air-tight void space of 500 cubic metres, weighing 85 tonnes, which can be lifted with two hydraulic cranes. When this bow compartment is lowered, it is locked in place with hydraulic locking pins and it forms the required watertight compartment, while rubber seals avoid ingress of water through the gaps. To avoid having to move the weight of anchors, chains and windlasses, the anchor pockets were moved further back and outboard from their original position.

Under the movable bow, a sliding ramp is located. Using a system with a hydraulic cylinder and pulling wires, the ramp – weighing 70 tonnes – can be pushed over the bow and onto the quay. The ramp runs over a ‘nose wheel’, which looks somewhat like an upside-down version of the nose wheel of an aircraft. This hydraulically adjustable nose wheel allows for the height adjustment of the ramp.

The ramp has a length of 16.5 metres and can be extended up to 6.8 metres beyond the bulbous bow. The vertical adjustment of the nose wheel, together with the ballasting capacity, allows for a variation of quay height of 5.6 metres. The system for the bow compartment and the sliding ramp was designed and engineered by TMS, based in Werkendam, and built by MDConstructions in Rotterdam.

To cope with the hydraulic needs of the bow lifting system, the sliding ramp, its nose wheel and the locking cylinders, an additional powerpack was installed in the bow of the vessel.

To protected the high-tech nacelles from the weather conditions during transport, Rotra Vente’s main deck is covered by a removable roof, which consists of four movable sections. These can be rolled forward or aft powered by electric motors. Rotra Mare will mainly transport towers and blades, which can be loaded on deck without protection. Movable support racks will be built to store the lighter turbine blades above the heavy towers. It is expected that Rotra Mare will be delivered in the spring of 2017.

Loading of the nacelles will take about 45 to 60 minutes per nacelle. Each nacelle weighs about 430 tonnes. To avoid excessive heeling and trim variations during cargo operations, the ship is equipped with an automatic heeling tank system and a manual forward/aft trimming system with a capacity of 2,000 cubic metres per hour. The automation and electric powering of this system was supplied by Holland Ship Electric, including a touchscreen operated ballast system. They also took care of the complete electrical installation, such as switchboards, lighting, alarm systems and communications.

The Rotra Vente was originally built for a maximum speed of 18.5 knots. Based on the requirements in the logistics chain, it was decided to optimise the propulsion installation for a lower trading speed of 15 knots. The vessel has a single controllable pitch propeller, but at an engine loading of only 70 per cent, there is more twist in the blades than needed.

Together with Wärtsilä, a study was made to determine the costs and benefits of reblading the propeller for the lower speed. This resulted in a power demand reduced by 14 per cent at 15 knots and a payback period of less than one year. Obviously, the order for new propeller blades followed.

The main engine of the Rotra Vente needs to deliver 3,500 kW to achieve 15 knots, but its rating was kept at 5,200 kW to comply with the ice class rating of the vessel (1A). To cope with the significant wind loads, a 750 kW bow thruster with controllable pitch propeller from ZF was installed. The vessel was originally built under Bureau Veritas class, but due to the extensive modifications (850 tonnes of weight was removed and 1,250 tonnes was added), it classifies as a newbuilding. The new certification was done by RINA Rotterdam, due to a previous successful collaboration.

The Rotra Vente will initially sail in the SECA area, as its first transport route is between Hull (United Kingdom) and Cuxhaven (Germany). Nevertheless, an HFO installation was retrofitted to allow the use of heavy fuel when working elsewhere worldwide.

With the global sulfur cap coming into force in 2020, the question remains whether much HFO will be used at all.

The ship will be manned by a crew of eleven. A notable upgrade is a complete makeover of the wheelhouse console. Rotra Vente is the first vessel to feature Alphatron’s new 46-inch LCD displays, giving the Tesla-feel on a cargo ship.

Offshore wind is becoming more affordable by the year, and it’s logistic solutions like these that do it. When shipyard, technical management company, freight forwarder and charterer come together, not just to discuss the specification of a ship, but to discuss the entire chain of logistics with a clean slate, innovative solutions come up. Even when re-purposing existing ships, an ideal solution can be the result, at a lower cost, lower environmental footprint and shorter lead time than when building new ships from scratch.

The whole conversion of Rotra Vente took only ten months. There are many more semi-finished hulls or laid up vessels, which are waiting to become true workhorses when adapted to a specific need. The Dutch shipbuilding industry certainly has a role to play in this.

This article was previously published in Maritime Holland edition #7– 2016 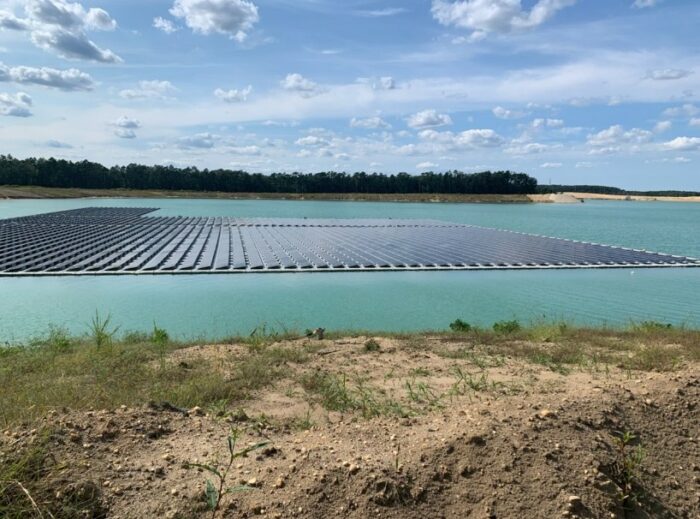